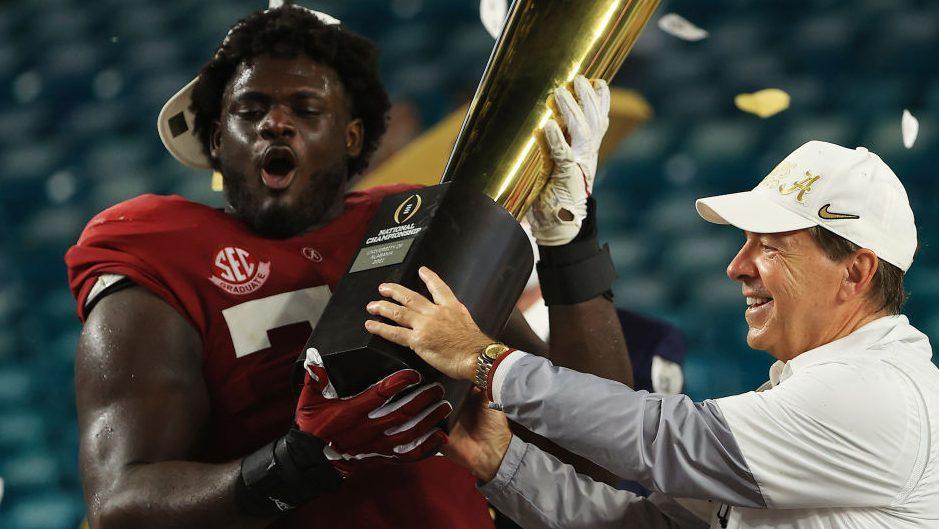 The Raiders have been heavily criticized for taking offensive tackle Alex Leatherwood with the 17th overall pick in the 2021 NFL draft. Leatherwood was widely regarded as a player who would still be available much later than 17th overall, which means the Raiders likely could have traded down and still taken Leatherwood.

Raiders General Manager Mike Mayock acknowledges that the Raiders could have traded down. But he said the only trade offer they got wasn’t a very good one, and that he and the Raiders’ staff were high enough on Leatherwood that they didn’t want to risk losing him.

“Just when we got on the clock a team did call us and inquired about moving up but they gave us a very poor trade offer and it was a team that needed a tackle,” Mayock said, via ESPN. “So the combination of the poor offer and their need kind of pushed us away from that. There’s a risk/reward scenario and, in this case, we didn’t feel that it was worth it.”

As it turned out, only one other offensive tackle was selected in the first round after Leatherwood, Christian Darrisaw to Minnesota at No. 23. So there was no run on offensive tackles, and the Raiders could have moved down and still taken one of the top tackles on the board. But Mayock insists that the value of trading down wouldn’t have been worth the risk of losing their preferred tackle.

Mike Mayock: We had an offer to trade down but it wasn’t worth losing Alex Leatherwood originally appeared on Pro Football Talk