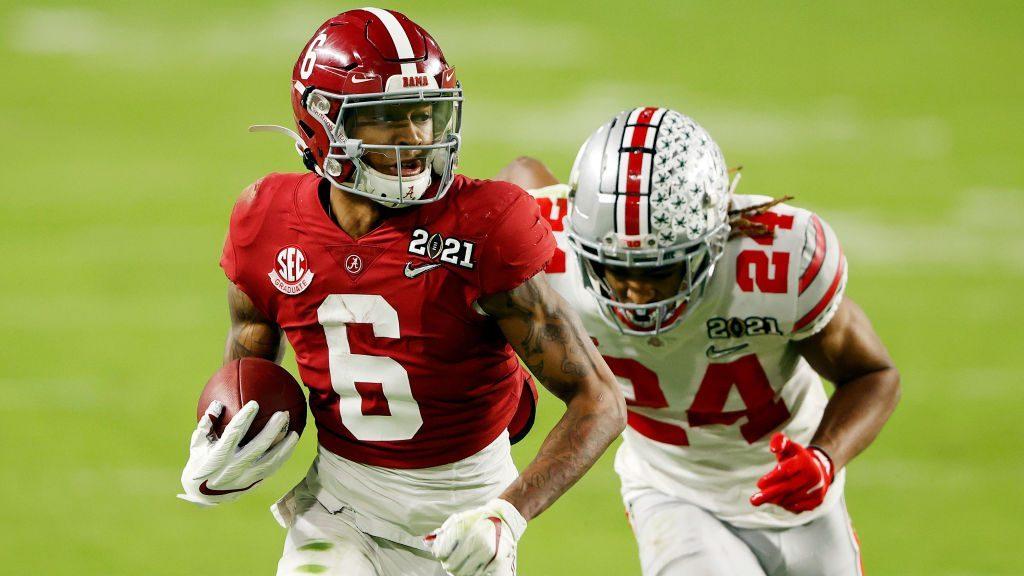 Devonta Smith will be one of the smallest players in the NFL when he’s selected by a team in the NFL Draft later this week.

Smith reportedly checked in a 6-feet, 166 pounds when he was evaluated at the NFL Combine medical check in Indianapolis earlier this month.

Smith has shown to be an electric talent in college at Alabama. However, his measurables may leave some teams questioning how well he’ll make the transition to the pros or if he’ll be able to hold up to the punishment of the NFL game.

Smith himself is not concerned.

“We play football. We’re in a football business. We’re not weightlifting. We’re not bodybuilders,” Smith said of his size on the NFL Network, via Kevin Patra of NFL.com. “It’s football. That’s what we’re here for. All the other stuff is irrelevant.”

And Smith is quite good at playing football.

DeVonta Smith on size concern: We play football. All the rest is irrelevant. originally appeared on Pro Football Talk