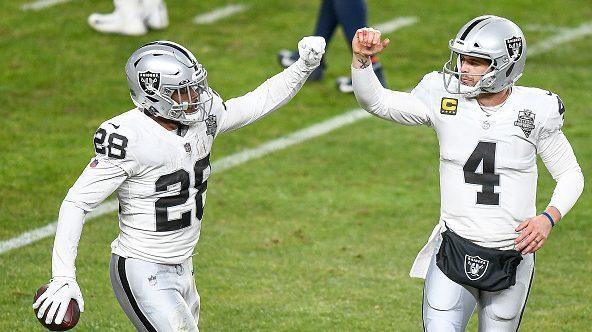 In broad strokes, the Raiders’ 2020 season resembled their 2019 campaign.

Given additions like defensive coordinator Gus Bradley and edge rusher Yannick Ngakoue, Las Vegas should be better in 2021. But part of the reason why quarterback Derek Carr thinks those moves should pay off is because the Raiders were on the verge of a breakthrough last year anyway.

“We were three or four plays away from having 12 or 11 wins,” Carr told Michael Holley and Michael Smith of Brother from Another this week. “Like, literally three plays. And it’s like, we’re so close. Especially, we feel so confident on the offensive side with all the weapons that you mentioned and all those kinds of things. Now adding coach Gus Bradley and Yannick and the different guys that we’ve added to our defense, I mean, we’re kind of excited — to say the least. So we’re really looking forward to the season.”

It’s not entirely clear where Carr is picking up four potential wins from Las Vegas’ 2020 results, but the overtime loss in Week 15 to the Chargers and the “Fitzmagic” loss to the Dolphins in the following game could have gone the Raiders’ way. The Chiefs also staged a comeback on Sunday Night Football to defeat the Raiders 35-31 in Week 11.

Carr is right that the Raiders are close to contention. The club finished in the top 10 in both yards and scoring last year. But if Bradley and head coach Jon Gruden can’t fix the defense, Carr and his teammates will likely look back after the season wondering, “What if?” once again.

Derek Carr: “We were three or four plays away from having 12 or 11 wins” originally appeared on Pro Football Talk