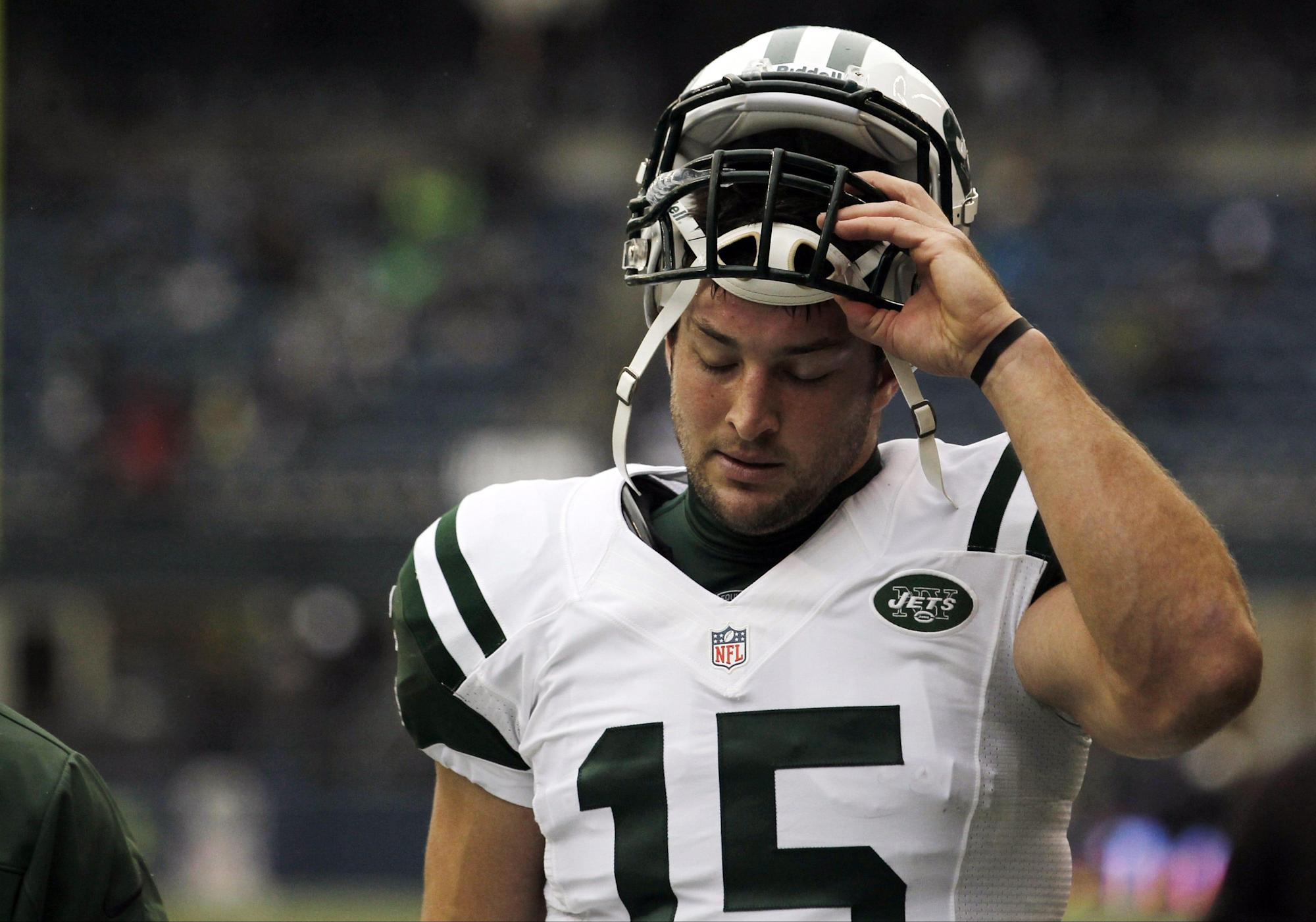 Gil Brandt, once the chief talent scout for the Dallas Cowboys, looks at Tim Tebow and wonders not only how things might turn out when Tebow tries to play tight end for the Jacksonville Jaguars, but how things would have turned out.

If Tebow had embraced this experiment a decade ago.

“I think that had he changed (positions) many moons ago, he might now be playing his 10th year in the league,’’ said Brandt, who was vice president of player personnel for the Cowboys between 1960 and 1988 and is now a NFL draft analyst. “He sure very well could have. He would have been very unique.

“Could he be an All-Pro tight end? I think he’d be a strong starter. I’m not saying he’s going to be a sure thing to be an All-Pro. But he’d have an above-average chance of doing that.’’

Brandt isn’t the only wondering thanks an intriguing – or misguided – experiment.

At 33, Tebow has signed one-year contract with the Jaguars while attempting to make the transition to tight end from quarterback. Yet what if Tebow, the 2007 Heisman Trophy winner who led Florida to two national championships, had tried this a decade ago?

Ryan, who helped bring Tebow to the Jets, said Tebow’s tight end experiment reminds him of what he tried to with Tebow in 2012.

With Ryan taking advantage of Tebow’s versatility, the part-time quarterback completed 6-of-8 passes for 39 yards, rushed for a 102 yards on 32 carries and was the personal protector on a half dozen fake punts.

Appearing in 12 games, Tebow played 73 snaps on offense and 59 snaps on special teams, according to Pro-Football-Reference.com.

QUARTERBACK TIERS: Which teams have best outlook after draft?

“My thing is, if he would have committed to what our vision was, which is a guy doing multiple things, kind of a Swiss Army knife type guy, I think he might have played (in the NFL) for awhile. He played a lot for us in those roles, and he had some success in those roles, especially as a personal protector on our punt team.

“And when you see that, he could have had that success, he could have continued. But he saw himself as a starting NFL quarterback and nobody else did.”

In fact, Tebow did not give up on his dream of being an NFL quarterback until 2015, when the Philadelphia Eagles released him before the start of the regular season.

He then pursued a career in professional baseball with the New York Mets – an endeavor that lasted four seasons and ended in February without his reaching the major leagues.

In three NFL seasons, Tebow completed only 47.9% of his passes and threw 17 touchdowns with nine interceptions. But he also fueled Tebow mania when he led the Broncos to a stirring playoff victory over the Pittsburgh Steelers in 2012.

Fox, who coached the Broncos then, recalled the frenzy after Tebow connected with DeMaryius Thomas on a slant that turned into a catch-and-run, game-winning 80-yard touchdown. But that’s not all Fox remembers.

In the second week of the season, Tebow finished the game against the Cincinnati Bengals as a quasi tight end because of injuries.

“We had a bunch of tight ends get hurt and he basically had to finish he game at tight end,’’ Fox said. “It’s called H-back, but it’s still a form of tight end.

“He knew what he was doing. He could go out there an execute the play. You know, Tim’s a smart guy. From that standpoint, I was pretty impressed that he was able to do that, that we were able to count on him.’’

And what if Tebow had pursued that role full-time?

“It’s hard to look back and predict,’’ Fox said. “But he was a heckuva competitor. He worked out as good and as hard as anybody. It wasn’t going to be due to lack of effort. He was going to do anything to succeed, regardless of what position you line him up at.’’

This is no longer uncharted territory.

Logan Thomas was a quarterback at Virginia Tech he was selected by the Arizona Cardinals in the fourth round of the 2014 draft. Three years later, after being released by three teams, he agreed to convert to a tight end.

“Teams being more open to finding situational opportunities for players has grown substantially at the NFL level since Tim Tebow was in the 2010 draft class,’’ said Eric Galko of Optimum Scouting. “That’s been a major change.’’

If a team worked with Tebow on converting him to tight end a decade ago, Galko said, he could have flourished.

“When he pulled the ball down to run, he ran over people and he shook off arm tackles and could take a hit,’’ Shonka said. “So he certainly could have been a running back or tight end/H-back kind of guy 10 years ago.’’

Ted Williams, who spent time coaching tight ends during his 20-year stint as an assistant with the Philadelphia Eagles, said Tebow’s success would have hinged on whether he could block.

“He obviously would be able to run routes,’’ Williams said. “He’d obviously be a viable receiver.

“People don’t realize how difficult it is to block in the NFL. You’re blocking guys that in some cases outweigh you by 40, 50 pounds.’’

And if Tebow had figured it out years ago, could he have been a formidable tight end?

“Just say he would be functional,” Williams said. “It’s hard to go from zero to formidable.”

Daniel Fells played tight end for the Broncos in 2011, the season Tebow led the Broncos to the memorable playoff victory. But could Tebow have been playing tight end?

This isn’t the first time Tebow has attempted a position switch.

As a high school freshman at Trinity Christian Academy in Jacksonville, Florida, he was playing tight end and defensive tackle. That’s why Tebow transferred to Nease High School in Ponte Vedra Beach, where he was given the opportunity to play quarterback.

As a senior, he was named Florida’s Mr. Football and led Nease to a state title. During the state championship game, Tebow did something notable in the fourth quarter other than pass and run.

“We wanted our best players on the field, so we put him at defensive tackle and he ended up getting a sack,’’ said Ken Fasnacht, then the offensive coordinator at Nease. “The good news about him is he can play wherever he wants to play. As long as he makes up his mind that’s what he wants to do.”

This article originally appeared on USA TODAY: Tim Tebow: What if new Jaguars TE had changed position 10 years ago?