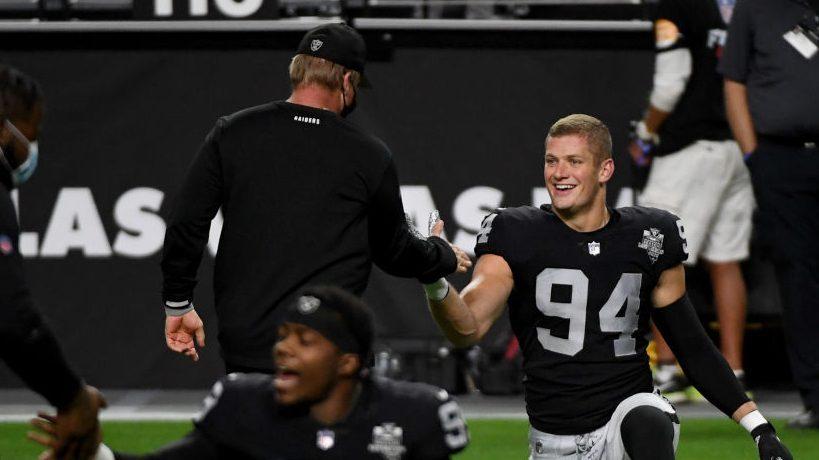 Las Vegas Raiders head coach Jon Gruden is the latest among the NFL community to express support for defensive end Carl Nassib amid his decision to announce he is a gay in a social media posting on Monday.

“I learned a long time ago what makes a man different is what makes him great,” Gruden said, via Paul Gutierrez of ESPN.com.

Nassib, who played his first season with the Raiders under Gruden last year, made the decision to publicly announce his orientation in a post to his instagram account.

Nassib is the first active NFL player to publicly disclose he is gay, though several players have made their orientations known after their playing days were over. Michael Sam spent time with the St. Louis Rams in 2014 after being drafted in the seventh round but he never appeared in a regular season game.

Nassib, 28, has played five NFL seasons with the Raiders, Cleveland Browns and Tampa Bay Buccaneers. He started five games for the Raiders in 2020, recording 28 tackles, an interception and 2.5 sacks.