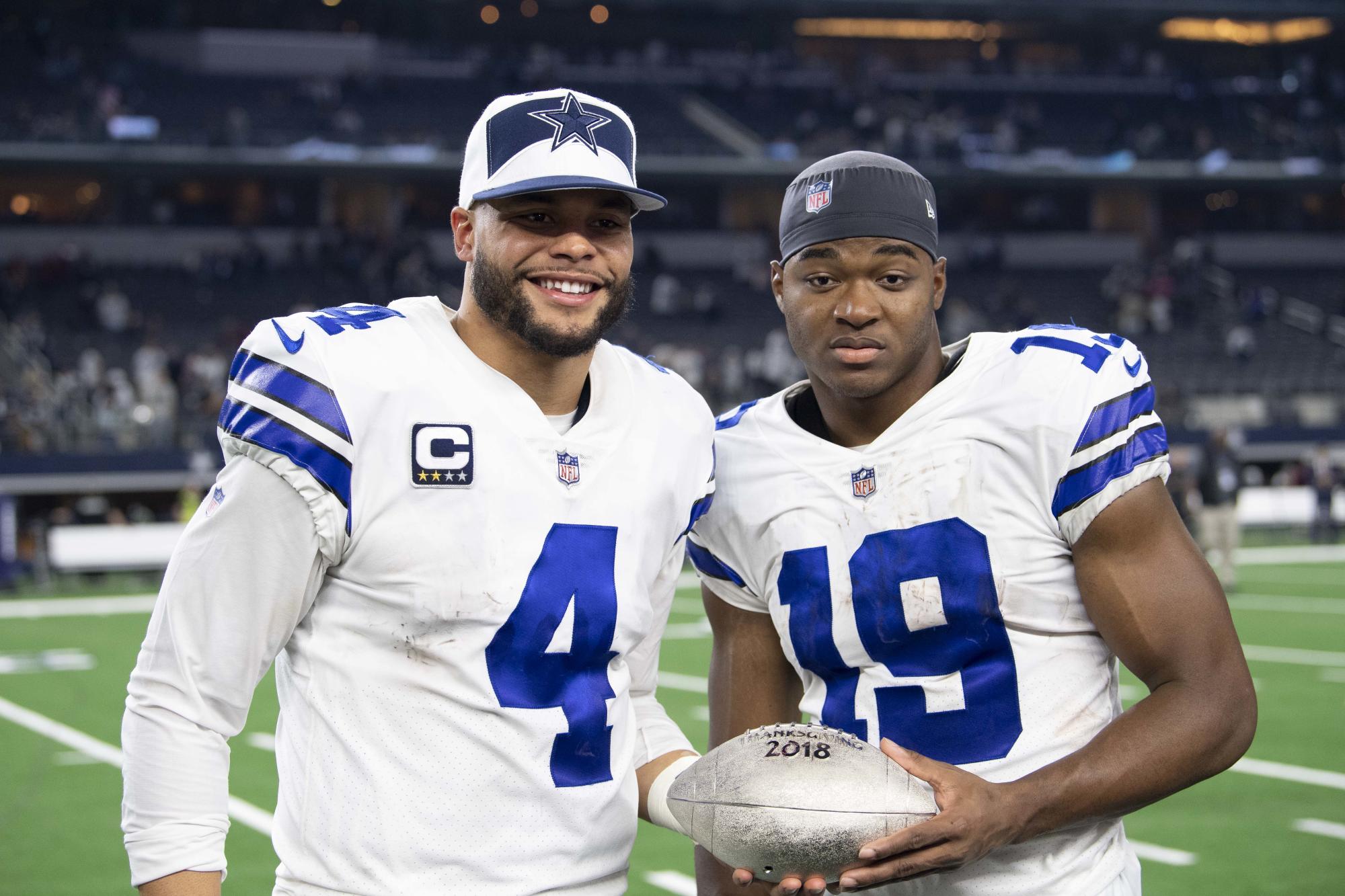 The Dallas Cowboys of the early 1990s were some of the best teams in NFL history. Those teams, of course, featured the likes of Troy Aikman, Emmitt Smith, and Michael Irvin, a trio that would come to be known as “The Triplets.”

Nowadays, the nickname has become part of the NFL lexicon and is used to describe a team’s top quarterback, ball carrier, and pass catcher, as one might expect. Jared Dubin of CBS Sports ranked all 32 teams’ triplets, and the Cowboys are carrying the triplet tradition well, as the group of Dak Prescott, Ezekiel Elliott, and Amari Cooper finished third overall.

The Cowboys were one of only three teams to receive at least one first-place vote here. Prescott’s ankle injury was scary and gross, but given that it was a joint injury and not something having to do with a ligament or tendon, it hopefully shouldn’t linger and affect the remainder of his career. Cooper still seems like his No. 1 target, but CeeDee Lamb or Michael Gallup could end up overtaking him at some point this year or next. (Gallup is a free agent after the 2021 season, while Cooper’s contract doesn’t contain much more guaranteed money after that. It seems likely that only one of the two will be on the roster in 2022.) Elliott was not as effective as backup Tony Pollard last season, but the Cowboys are committed to Elliott financially and through Jerry Jones’ ego and love for marketing, so he’ll likely still be the team’s lead back.” -Dubin

When you look at each spot, it is easy to see why the Cowboys are this high on this kind of ranking.

Prescott’s emergence is complete, and he’s now entrenched as one of the league’s best quarterbacks. Elliott is looking to rebound after a down year, but he has been one of the best backs in football since entering in 2016, with two rushing titles in five seasons. Cooper immediately transformed the Cowboys offense into a high flying attack when he arrived to Dallas in 2018, and he has continued to prove can be a true No.1 receiver in the NFL.

The Cowboys’ NFC East foes didn’t fair quite as well as Dallas did in this demonstration, as the other three squads finished in the bottom half of the league.

This marks the fourth year CBS Sports has performed this experiment, and the second-straight year that Dallas has finished third overall, and the difference has cleary been the addition of Cooper.

If the Cowboys defense can improve and be even close to league average in 2021, the Cowboys new-age triplets can carry them to success.

Cowboys News: Will McCarthy be first coach fired or are OTAs beginning of special 2021?