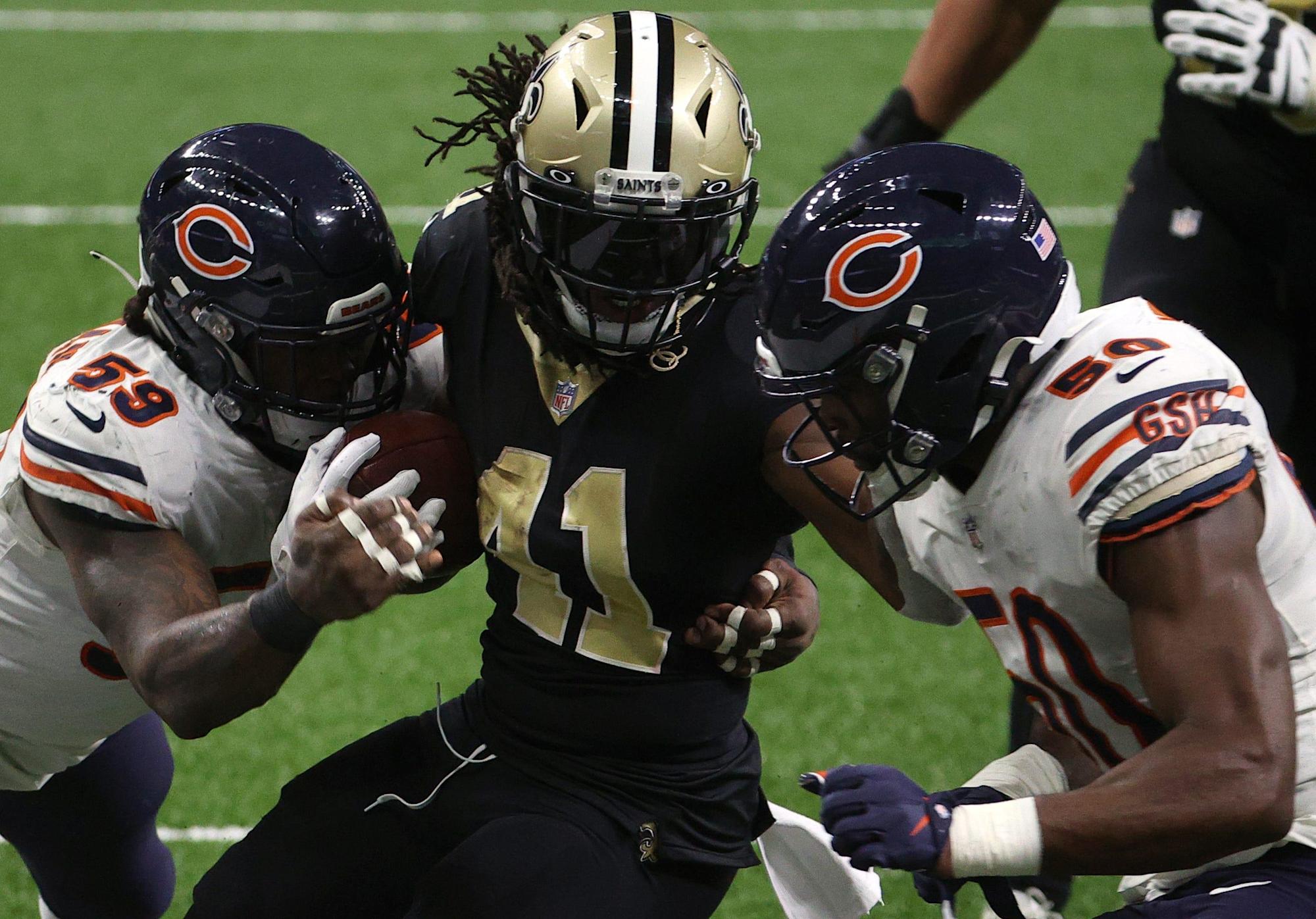 Earlier this week, I explored which NFL teams might reach the 2021 playoffs after missing the cut last year – a group that will number at least four, assuming a trend that extends from 1990 persists … which seems especially likely given the league expanded the postseason field from 12 entries to 14 last season.

But there’s also a zero-sum game at play here: If at least four new teams join this season’s Super Bowl tournament, then a corresponding number from the 2020 bracket will send their players golfing sooner than hoped.

So let’s rank the 14 playoff squads from last season, in order of most likely to least, in terms of their chances to compete for a spot in Super Bowl 56 six months from now:

1. Tampa Bay Buccaneers: The reigning champions effectively return intact, led by QB Tom Brady – a man who hasn’t missed the playoffs since 2002, his injury-aborted 2008 season notwithstanding. Scary to think this team could (should?) be even better than last year’s edition.

2. Kansas City Chiefs: The infamous Super Bowl hangover seemingly dissolved into myth a decade ago … until three of the past five Super Bowl runners-up – including the 2019 Rams and 2020 49ers – missed the subsequent postseason. Winners of Super Bowl 54, the past two AFC titles and five consecutive division crowns, K.C. probably doesn’t need to worry about its 2021 hopes being doused with water that cold – especially if the overhauled O-line jells in front of QB Patrick Mahomes.

3. Cleveland Browns: Admittedly, lofty cotton for a franchise fresh off its first postseason win in more than a quarter century. But there’s simply too much talent here – finally underpinned by organizational stability – to assume another relapse is coming. Cleveland’s first division title since 1989 appears like a far more probable outcome.

PLAYOFF BREAKTHROUGHS? Ranking teams that missed 2020 postseason from least to most likely to go in 2021

*5. Green Bay Packers: Why the *asterisk? You surely know … Yet even if Jordan Love trots out as QB1 on Sept. 12, there’s abundant evidence the Pack might still be the best team in an otherwise middling NFC North.

6. Tennessee Titans: ICYMI, they’re working on a string of five consecutive winning seasons. But easy to make a case that a club bolstered by the arrival of WR Julio Jones has more talent than those previous Tennessee teams.

7. Baltimore Ravens: They’ve reached postseason every year since 2018, when then-rookie QB Lamar Jackson was elevated to the starting role. Unless a shift to a more balanced offensive approach proves horribly misguided after Jackson rushed for more than 1,000 yards each of the past two seasons, there is ample reason to expect one of the league’s steadiest franchises to remain on the short list of bona fide contenders for the Lombardi Trophy.

8. Los Angeles Rams: Coming off a year when they reached the divisional round, expectations are heightened with the acquisition of QB Matthew Stafford. However, LA must navigate the departures of coordinator Brandon Staley, OLB Samson Ebukam, CB Troy Hill and S John Johnson from last season’s top-ranked defense … to say nothing of the expected resurgence of the 49ers in the already unforgiving NFC West.

9. Seattle Seahawks: They’ve missed the playoffs once in QB Russell Wilson‘s nine seasons and have never suffered a losing season with the seven-time Pro Bowler under center. But the Seahawks also haven’t reached the NFC title game since 2014 and have lost four of their last five postseason games, the lone victory a narrow escape from a depleted Eagles squad in a 2019 wild-card matchup. Such diminishing returns led to Wilson’s February outburst – before he watched his divisional rivals make significant additions. Seattle’s on-field response in 2021 could well determine the franchise’s path in 2022 and beyond … possibly including a significant course correction.

10. Indianapolis Colts: Frank Reich enters his fourth season with this fourth different starting quarterback, hardly a formula for sustained success. Yet the adaptable coach and his team have punched playoff tickets two of the past three years, and the talent on this roster certainly suggests another run should be in the cards – assuming new QB Carson Wentz can recapture the MVP-caliber form he last displayed when Reich was his offensive coordinator in Philadelphia four years ago.

11. Washington Football Team: NFC East champs last season despite a 7-9 record, they should feature one of the league’s dominant defenses, led by 2020 defensive rookie of the year Chase Young. However, the return of Dallas Cowboys QB Dak Prescott changes the divisional dynamic in 2021, when Washington appears likely to pin its hopes on journeyman QB Ryan Fitzpatrick – a man who’s never tasted the playoffs.

12. New Orleans Saints: On one hand, Sean Payton is 8-4 all-time without Drew Brees (two of those losses coming in Week 17 contests when his longtime quarterback rested prior to the playoffs). But on the other, Payton has never started a season since becoming head coach in 2006 without Brees on his roster. Coming off four straight NFC South championships, much is riding on QBs Jameis Winston and/or Taysom Hill in 2021 – neither is signed for 2022 – given the expectations that have historically followed Payton’s teams, not to mention trying to survive in a division that the Bucs seem likely to win this year.

13. Chicago Bears: If Packers QB Aaron Rodgers disappears into the NFL ether, maybe there’s a different conversation surrounding the Bears, who are 8-8 each of the past two seasons (even though a .500 record qualified them as wild cards in 2020). First-round QB Justin Fields has renewed long-term hope in the Windy City, but even if he plays this year, Fields would have to perform exceptionally well – and probably benefit from outside circumstances such as a collapse in Green Bay – to lift Chicago back into the playoffs.

14. Pittsburgh Steelers: Heading into what seems like his final season, you hate to count out a proven winner like Ben Roethlisberger, 39. But he hardly looked like a franchise quarterback by the end of the 2020 campaign, and now his offensive line has been dismantled while a third-ranked defense that largely carried this team has taken hits of its own. Given the level of competition in the AFC North, that just doesn’t seem to project as a winning equation, no matter how good first-round RB Najee Harris is.

This article originally appeared on USA TODAY: NFL rankings: Playoff teams from 2020 who may not return in 2021