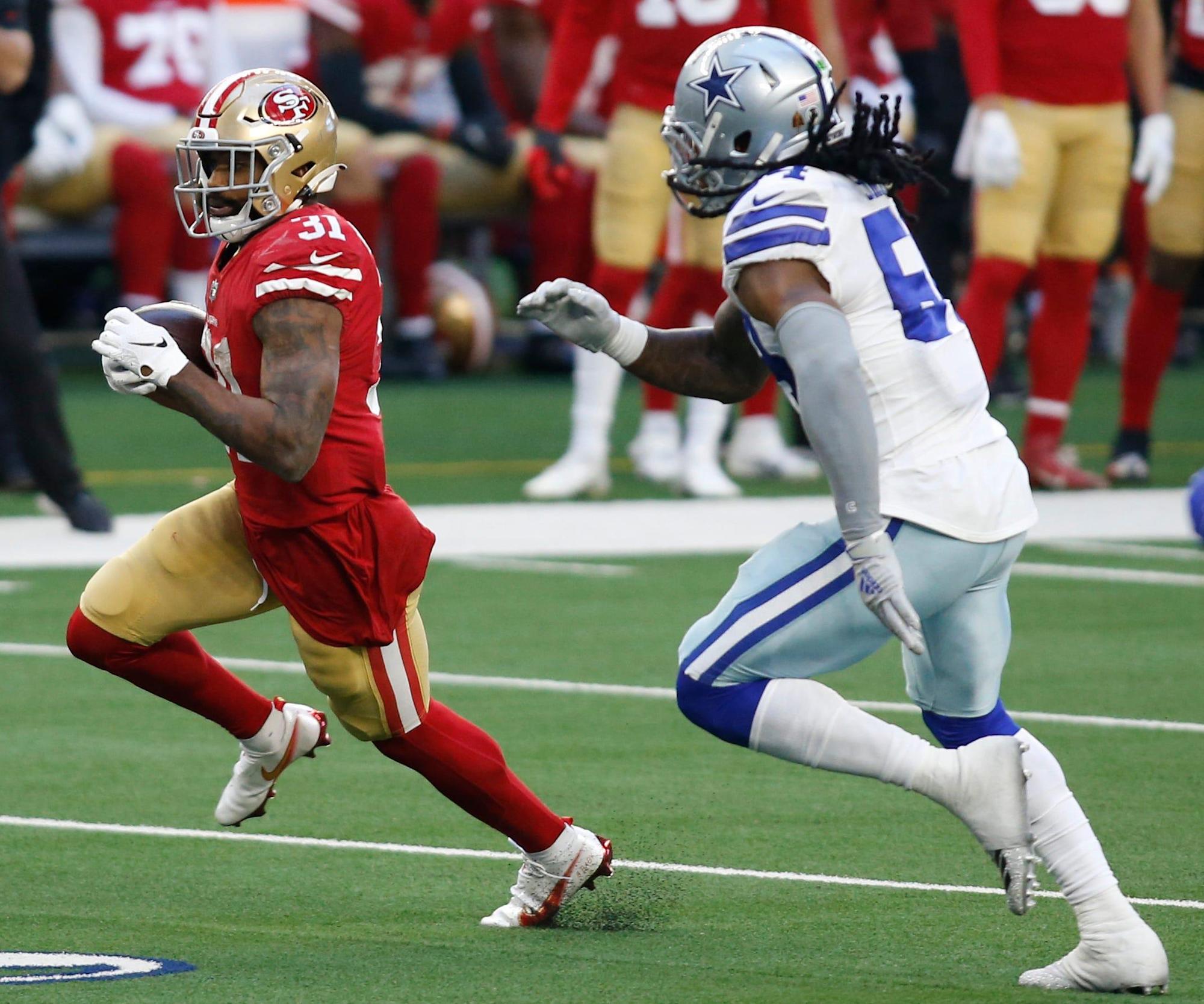 Parity has long been one of the NFL’s calling cards, a primary reason the league is so popular – most fan bases entering a given season thinking their team has an opportunity to contend.

Recent postseason history supplies credence. Since the playoffs expanded to 12 teams in 1990, at least four clubs that didn’t qualify the previous year have made the cut the following season. In 2020, the first time there were 14 playoff entries in a non-strike campaign, half of the bracket was composed of teams that didn’t reach the postseason in 2019.

Given the larger field, it seems this three-decade trend of playoff turnover is likely to continue ad infinitum. What does that mean for 2021? Here is a ranking of the 18 teams from last year, in order of least likely to most, in terms of their chances to join the Super Bowl 56 tournament six months from now:

18. Houston Texans: Apparently they could be better than I expect given rookie head coach David Culley saw fit to cancel June’s mandatory minicamp, saying the team “accomplished what we wanted to get accomplished” as this turbulent offseason concluded. Uh, OK … though that didn’t include any resolution regarding invisible Pro Bowl QB Deshaun Watson.

17. Philadelphia Eagles: From a green coaching staff to presumed QB1 Jalen Hurts to the receiving corps to the secondary, just way too many variables and unknown commodities on a team that finished last in the lowly NFC East a year ago.

16. Detroit Lions: Sometimes, you have to hit rock bottom before you rebound. The Lions might in the midst of another change of drill bits before they reach the deck.

15. New York Jets: They narrowly missed owning the NFL’s worst record in 2020 but almost certainly possessed the league’s worst roster. GM Joe Douglas seems to have changed that, making aggressive moves in free agency and the draft. Hard to envision the NYJ not finishing last in the AFC East for the fifth time since 2016, but as OL Greg Van Roten said recently: “Hope has come back into the building.”

14. Jacksonville Jaguars: Though the spotlight will focus on rookie QB Trevor Lawrence and NFL newbie Urban Meyer, the pre-existing nucleus of this roster was hardly terrible. A wild-card push might not be out of the question – especially if the Carson Wentz experiment goes awry for the Indianapolis Colts.

13. Cincinnati Bengals: The only AFC North squad not to make the playoffs in 2020, Cincinnati has nevertheless typically been competitive in coach Zac Taylor’s two seasons despite his 6-25-1 record. It will take some doing to escape the divisional cellar, but a third-place finish here conferred a wild card under the new format.

12. Atlanta Falcons: Plenty has changed since the start of last season … though a 29th-ranked defense undergoing a philosophical overhaul has (understandably) garnered scant attention. But significant improvement under veteran coordinator Dean Pees in a division suddenly devoid of Drew Brees could help Atlanta return to relevance – especially since the Falcons weren’t very many plays from transforming last year’s 4-12 record to a 10-6 one.

11. Las Vegas Raiders: One of the harder teams to figure, they’d give the Kansas City Chiefs all they could handle last year and then get blown out in Atlanta the following weekend. New defensive coordinator Gus Bradley and a revamped offensive line must deliver if this organization is to position itself for its first playoff win in nearly two decades.

10. Denver Broncos: A strong finish in 2019 suggested they were on the verge of a playoff return in 2020. But that was before Pro Bowl WR Courtland Sutton and OLB Von Miller suffered season-ending injuries last September, while sophomore QB Drew Lock spiraled after trying to recover from a shoulder sprain suffered in Week 2. All the weapons appear to be back in place, though cohesion and stability under center remain prominent questions.

9. New York Giants: They were one win shy of capturing the NFC East crown in coach Joe Judge’s rookie season, so there’s reason to hope. But they also have to hope QB Daniel Jones figures things out in Year 3 … and the O-line steps up … and RB Saquon Barkley regains his explosive form post-ACL surgery.

8. Arizona Cardinals: They lost out on the NFC’s third wild-card spot last year by virtue of a tiebreaker. A full return to health by QB Kyler Murray should help in 2021 … though a full return to health by the Niners’ stars in an already loaded NFC West surely won’t. And the Cards’ ability to cover on defense and run the ball offensively remain points of contention.

7. Minnesota Vikings: Good news – since Mike Zimmer became head coach in 2014, the Vikes have been playoff bound … in every odd-numbered season. For that pattern to hold in 2021, an atypically abysmal defense must return to form – which would also theoretically allow the offense to lean more on Pro Bowl RB Dalvin Cook than QB Kirk Cousins.

6. New England Patriots: LB Dont’a Hightower rejoins a team that splurged in free agency and has had a year to adapt to post-TB12 life. Assuming a 27th-ranked offense reverts to merely average, the Pats should be back in the playoff mix – even if a return to the AFC East summit seems unlikely.

5. Carolina Panthers: The turnover in Atlanta and Brees’ retirement in New Orleans, NFC South rulers since 2017, could be quite the boon to Carolina – to say nothing of the return of All-Pro RB Christian McCaffrey and opportunity afforded to new QB Sam Darnold. If a young defense keeps trending upward for a team that last reached postseason in 2017, look out.

4. Los Angeles Chargers: The talent is here in spades, headlined by offensive rookie of the year QB Justin Herbert – and he’ll now be protected by a significantly upgraded set of blockers. The question is whether the Bolts can carry over last year’s late-season momentum while adapting to a new coaching staff … and avoiding the crippling injuries that seem to plague them annually. But – for now – the glass looks mostly full.

3. Miami Dolphins: With QBs Tua Tagovailoa and Ryan Fitzpatrick splitting snaps in 2020, the Fins nearly snatched a wild card before ultimately being undone by a Week 17 loss at Buffalo – when Tagovailoa threw a trio of interceptions (most during his rookie season) while FitzMagic was kept under wraps by COVID-19. But a fully healthy Tua, buoyed by a seemingly stellar draft haul – it includes four of the top 42 selections, headlined by WR Jaylen Waddle – suggests this team is positioned to take the next step under third-year coach Brian Flores.

2. San Francisco 49ers: It hasn’t been 18 months since one errant Jimmy Garoppolo pass seemingly cost them a victory in Super Bowl 54. The arrival of No. 3 overall draft pick Trey Lance means Jimmy G. is now fighting for his job – and maybe the perception he can be a dependable NFL starter coming off yet another curtailed season when injuries cost him 10 starts. Yet if Garoppolo approaches his 2019 form – same goes for DEs Nick Bosa and Dee Ford, TE George Kittle, RB Raheem Mostert and WR Deebo Samuel, all key players who missed at least half of the 2020 campaign with injuries – there’s every reason to believe an outfit that cruised to the NFC title two seasons ago can once again be among the league’s elite teams.

1. Dallas Cowboys: “Hard Knocks” will document what’s widely expected to be a bounce-back year in Big D. Start with QB Dak Prescott, who’s coming back from a compound leg fracture and dislocation of his ankle but said this offseason: “I’ve buried the injury.” The Cowboys have also buried a horrific defense which routinely undermined them in 2020, enlisting former Falcons coach Dan Quinn to turn the unit around while drafting LB Micah Parsons and CB Kelvin Joseph to upgrade the talent quotient. Throw in what’s still perceived as a weak division, captured by the Washington Football Team’s 7-9 ledger in 2020 – and one where Prescott is decidedly the most established passer – and all signs point to America’s Team finishing back on top.