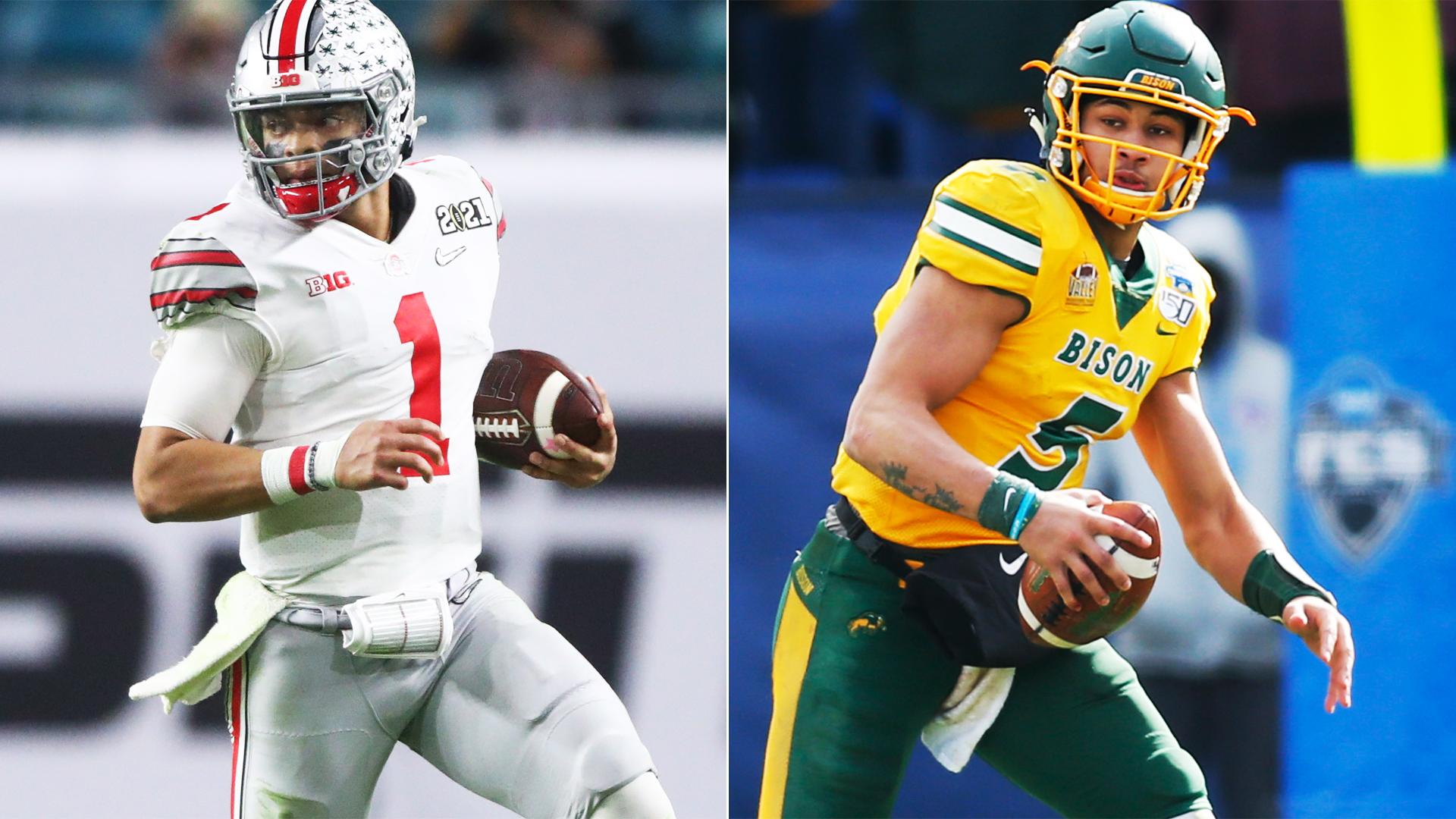 Fields or Lance? Mock drafts split on QB for 49ers at No. 3 originally appeared on NBC Sports Bayarea

The 49ers sent shockwaves through the NFL on Friday when they completed a blockbuster trade with the Miami Dolphins to move up from the No. 12 overall pick to No. 3 in the 2021 draft.

General manager John Lynch had to give up three additional picks, including two future first-round draft picks, along with No. 12 to make the move up the draft board. It’s quite clear the 49ers have their eyes on their quarterback of the future, even though a source confirmed to NBC Sports Bay Area’s Matt Maiocco that Jimmy Garoppolo won’t be traded.

The big questions are, which quarterback has grabbed the attention of Lynch and coach Kyle Shanahan, and will that quarterback still be on the board when the 49ers are on the clock at No. 3?

Everyone knows the Jacksonville Jaguars will select Clemson QB Trevor Lawrence with the No. 1 overall pick. After that, the New York Jets are expected to take Sam Darnold’s replacement and could pick from BYU’s Zach Wilson, Ohio State’s Justin Fields and North Dakota State’s Trey Lance.

Following the trade between the 49ers and Dolphins, and Miami’s subsequent trade with the Philadelphia Eagles to move up from No. 12 to No. 6, several publications updated their mock drafts.

All of the major updated mock drafts have Lawrence going No. 1 and Wilson going No. 2 overall, leaving the 49ers to pick from Fields and Lance.

Here’s who the 49ers selected in the mock drafts:

While those experts peg either Fields or Lance to the 49ers, NBC Sports’ NFL analyst Chris Simms, who is close with Shanahan, believes San Francisco actually wants Alabama quarterback Mac Jones at No. 3.

Jones likely would be a reach at No. 3, but if that’s who Shanahan believes he can win with over the next five years, then the 49ers are wise to draft him when they can rather than hope he would have fallen to them at No. 12.

It’s clear the 49ers are going to take a quarterback on April 29. It’s just a matter of which one. And even the mock drafts aren’t unified on one prospect.