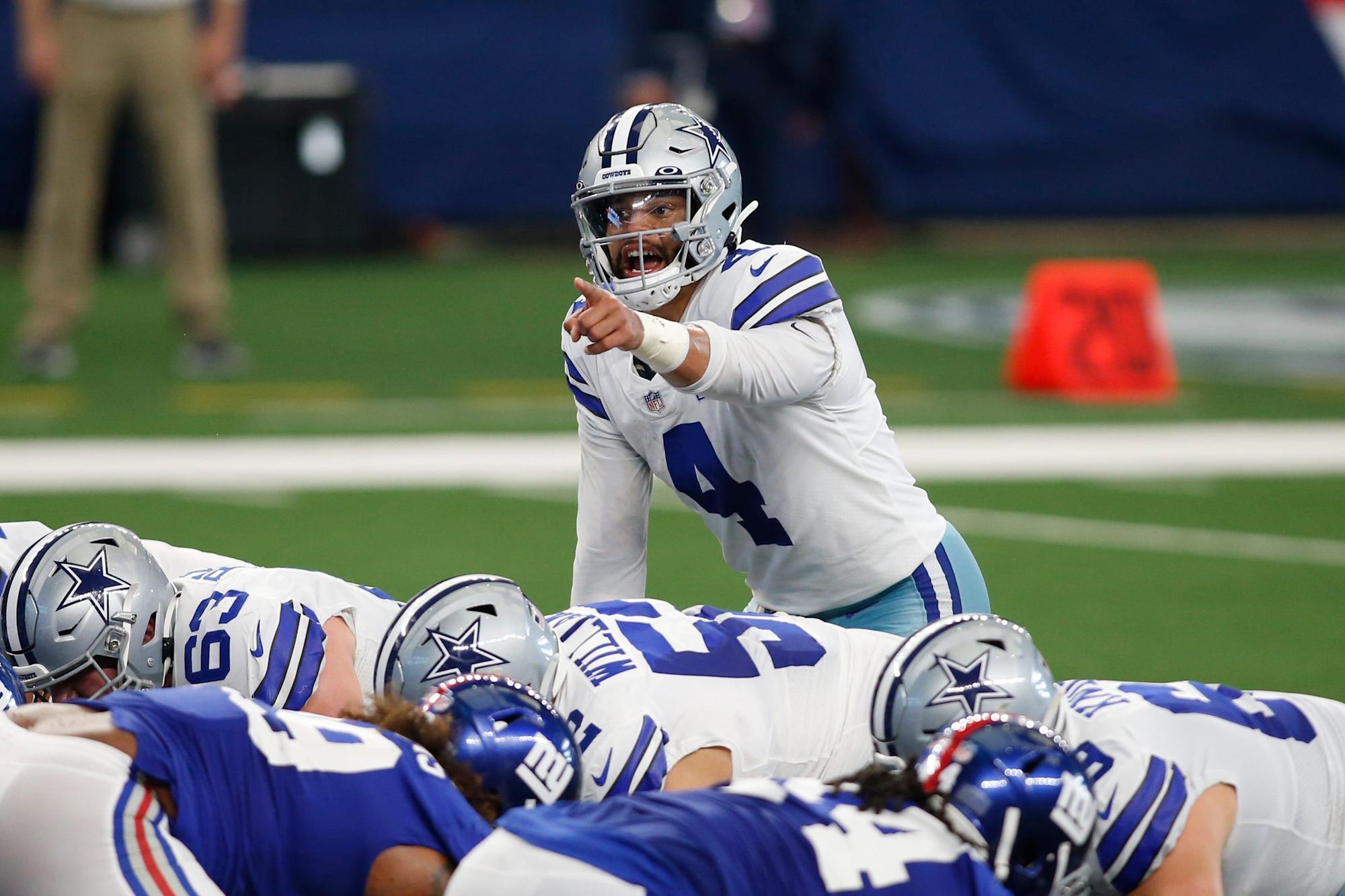 With the 2021 NFL draft in the books, and most major free agent moves complete as well, clarity has come to the quarterback position of most teams.

Few squads appear to have position battles on the horizon, but intrigue — and even conflict — does linger for a few teams.

With rookie minicamps, voluntary offseason workouts and mandatory minicamps on tap in May and June, and training camps slated for late July, we have an idea of where each team stands in regards to their starting quarterbacks.

Here’s a breakdown of the starting quarterback situations across the league.

Patrick Mahomes is great. He’s a wizard. But not even he can do it alone, as we saw in the Super Bowl. Fortunately for the fifth-year pro, the Chiefs upgraded their offensive line, which should help them better capitalize on all that Mahomes has to offer. Look for another MVP-caliber campaign and run at the Super Bowl.

Age ain’t nothing but a number. Tom Brady turns 44 this August, but you’d never know by looking at him. Thanks to Brady’s experience and longevity, and Tampa Bay successfully retaining every member of his supporting cast, the defending champions remain in fantastic shape.

If the Packers and Aaron Rodgers manage to smooth things over, then he should orchestrate another MVP-caliber season as Green Bay again contends for NFC supremacy. Packers brass has expressed their commitment to the quarterback, but it seemingly will take more than that to smooth things over.

Russell Wilson gave Seattle fans a scare this offseason, but it appears that things have settled down as trade talk has dissipated. Seahawks brass retained key veterans and made additions to further strengthen the defense and offensive line, and they added another speedy receiver in the draft. Now, new offensive coordinator Shane Waldron has to sit down with the QB and co-design an offense to his liking.

Lamar Jackson was already one of the most dangerous quarterbacks in the league, but now that the Ravens have given the 2019 league MVP additional weapons in the form of Sammy Watkins and first-round pick Rashod Bateman, his passing game could ascend to another level.

Dak Prescott no longer has to wonder about his future, and the Cowboys’ $160 million man is back to moving around and throwing the ball, so Year 2 of the Mike McCarthy era is looking up. The Cowboys just need their offensive linemen to say healthy.

The Matthew Stafford addition should put the Rams back in Super Bowl contention. Sean McVay has an aggressive, talented veteran whom he can count on to take charge rather than freezing up as things break down around him, like Jared Goff tended to do.

There were questions about Matt Ryan’s future, but the Falcons’ draft selections make it clear, they still believe in the 13-year veteran, who last season ranked fourth in the league with 4,581 passing yards. No. 4 pick Kyle Pitts gives him another weapon who should create all kinds of matchup nightmares for opponents.

Ryan Tannehill just repeatedly gets the job done. After going 7-3 as the starter his first year in Tennessee and 11-5 last season, he has solidified himself as one of the top quarterbacks in the league after looking like a bust with the Adam Gase-led Dolphins.

The sun has definitely begun to set on Ben Roethlisberger’s career, but he’s still better than many of his peers. The Steelers have to do a better job of ensuring balance on offense. A strong run game could lighten Big Ben’s load and ensure they get more out of the future Hall of Famer for at least another season.

John Lynch wasn’t bluffing when he said last month that Jimmy Garoppolo remained a part of their plans. Although first-round pick Trey Lance is exceptionally bright and talented, he needs a fair amount of grooming. Garoppolo has the chance to help lead this talented roster back to Super Bowl contention and keep the rookie on the bench for another year or two. If he can stay healthy, that is. It’s never been about ability with him. Availability, or the lack thereof, has been the source of frustration.

Kirk Cousins had some ups and downs last season, but the same could be said for the entire Vikings team. Cousins, as a whole, is steady and effective, having topped the 4,000-yard mark in five of the last six seasons. Improved play-calling and defensive backing could make a difference for the Vikings.

This offseason couldn’t have played out more perfectly for Bill Belichick, and now the Patriots coach has options. He can roll with Cam Newton, who should benefit from familiarity and an upgraded supporting cast, and give Mac Jones time to develop. It’ll be interesting to see how much leeway Newton is afforded before the Patriots turn things over to their quarterback of the future.

Jared Goff has the potential to play at a high level, and he has done it before. But he also is inconsistent, and the Rams lost patience while waiting for Goff to develop further. Now, Goff will try to hit the reset button with the Lions, who passed on drafting a quarterback.

Derek Carr is a good quarterback, but he seems incapable of reaching another level and being the difference-maker the Raiders need him to be. He remains their guy for now, although pressure could be mounting.

Feeling the heat after botching the Mitchell Trubisky selection in 2017, Chicago GM Ryan Pace and coach Matt Nagy have to win now. So they signed Andy Dalton and then moved up in the draft to select Justin Fields. Dalton, who provided a late-season spark for Dallas in 2020, will try to elevate this Bears offense so Nagy can approach Fields’ acclimation process similarly to the way Andy Reid essentially redshirted Mahomes and rolled with Alex Smith as his starter in 2017.

Justin Herbert threw 31 touchdown passes and just 10 interceptions as a rookie who wasn’t expected to play right away. A new coaching staff could create some challenges, but Herbert will work tirelessly to learn the new offense.

After playing the role of game manager for much of his first season under Kevin Stefanski, Baker Mayfield finished the 2020 season on a strong note while helping end the Browns’ playoff drought and leading them to victory over the Pittsburgh Steelers in the wild-card round. Now, he appears poised to take the next step forward in his development.

Kyler Murray took a step forward and made some big-time plays last year, but once banged up, he struggled with consistency. Kliff Kingsbury must figure out how to better protect his quarterback. If the coach is successful, Murray should experience more growth.

Joe Burrow appeared headed for a prolific rookie season before suffering a season-ending injury. He he displayed accuracy, poise and a good feel for the game. If healthy, and if better protected, he could climb the ranks in Year 2.

Everyone has known Lawrence would go first overall to Jacksonville for so long that the Jaguars’ selection felt anticlimactic. Urban Meyer plans for Lawrence to start Day 1. Long regarded as a potential generational talent, Lawrence has lofty expectations to live up to.

Brian Flores made the decision to proceed with second-year pro Tua Tagovailoa, and he has armed the passer with former Alabama teammate Jaylen Waddle – Miami’s first-round pick of this year’s draft – and a strong defense. The Dolphins will look for Tagovailoa to improve upon on his play last season, when he showed both flashes of promise and frustrating inconsistencies.

Jalen Hurts showed enough to convince Philadelphia brass they were better off trading Wentz and building around the 2020 second-round pick. The Eagles gave Hurts a speedy weapon in first-rounder DeVonta Smith (Hurts’ former Alabama teammate). But Hurts very much remains a work in progress.

Playing under Adam Gase and equipped with few weapons, Sam Darnold didn’t get much of a chance to blossom with the Jets. Now that he’s paired with a bright offensive coordinator in Joe Brady, Darnold could have a better shot of developing as a pro.

New York brass has cleared the way for No. 2 overall pick Zach Wilson to be their Day 1 starter. But does he have enough around him to succeed early? Will durability be a factor for the BYU product? The only other quarterbacks on the roster are James Morgan, a 2020 fourth-round pick out of Florida International, and Mike White, a three-year veteran from Western Kentucky. Wilson could benefit from a seasoned veteran to lean on in the quarterback room. But for now, the Jets are going young: rookie head coach (Robert Saleh), rookie offensive coordinator (Mike LaFleur), rookie QB.

Ron Rivera views Ryan Fitzpatrick as the veteran option who can ensure his developing squad remains competitive in the NFC East. The 38-year-old journeyman remains capable of his signature Fitzmagic. But his track record says that after a handful of impressive games, he turns into an interception machine and loses his job. Washington passed on the chance to draft a quarterback of the future.

Carson Wentz’s 2020 season got off to a bad start behind an injury plagued line, and he never recovered. Overwhelmed both by defenses and the pressure of Jalen Hurts’ presence, Wentz looked like a shell of himself. Can former Philadelphia offensive coordinator Frank Reich fix Wentz by inserting him into a stronger squad with a more reliable line than the Eagles had to offer?

The Panthers shipped Teddy Bridgewater to Denver, who sought an upgrade over the young, ineffective Drew Lock. The question is: Which Bridgewater are the Broncos getting? The one who impressed with the Saints in place of an injured Brees, or the pedestrian passer who started for the Panthers last year?

Drew Brees is gone, and now Sean Payton must choose between Jameis Winston and Taysom Hill. Winston has a big arm and can rack up the yards and touchdowns, but he also guesses and throws far too many interceptions. Hill is extremely athletic but isn’t an NFL-caliber passer.

Daniel Jones has experienced two rocky NFL seasons and has yet to look anything like a player deserving of going sixth overall in 2019. A healthy Saquon Barkley could help lighten his load, but more than anything Jones, who has thrown 22 interceptions and fumbled 29 times (losing 17 of them) has to learn to take care of the ball.

Deshaun Watson is unlikely to play for Houston again (regardless of how his legal battles play out). Tyrod Taylor is a solid veteran quarterback but has started just four games in the last three years, and third-rounder Davis Mills is a project.