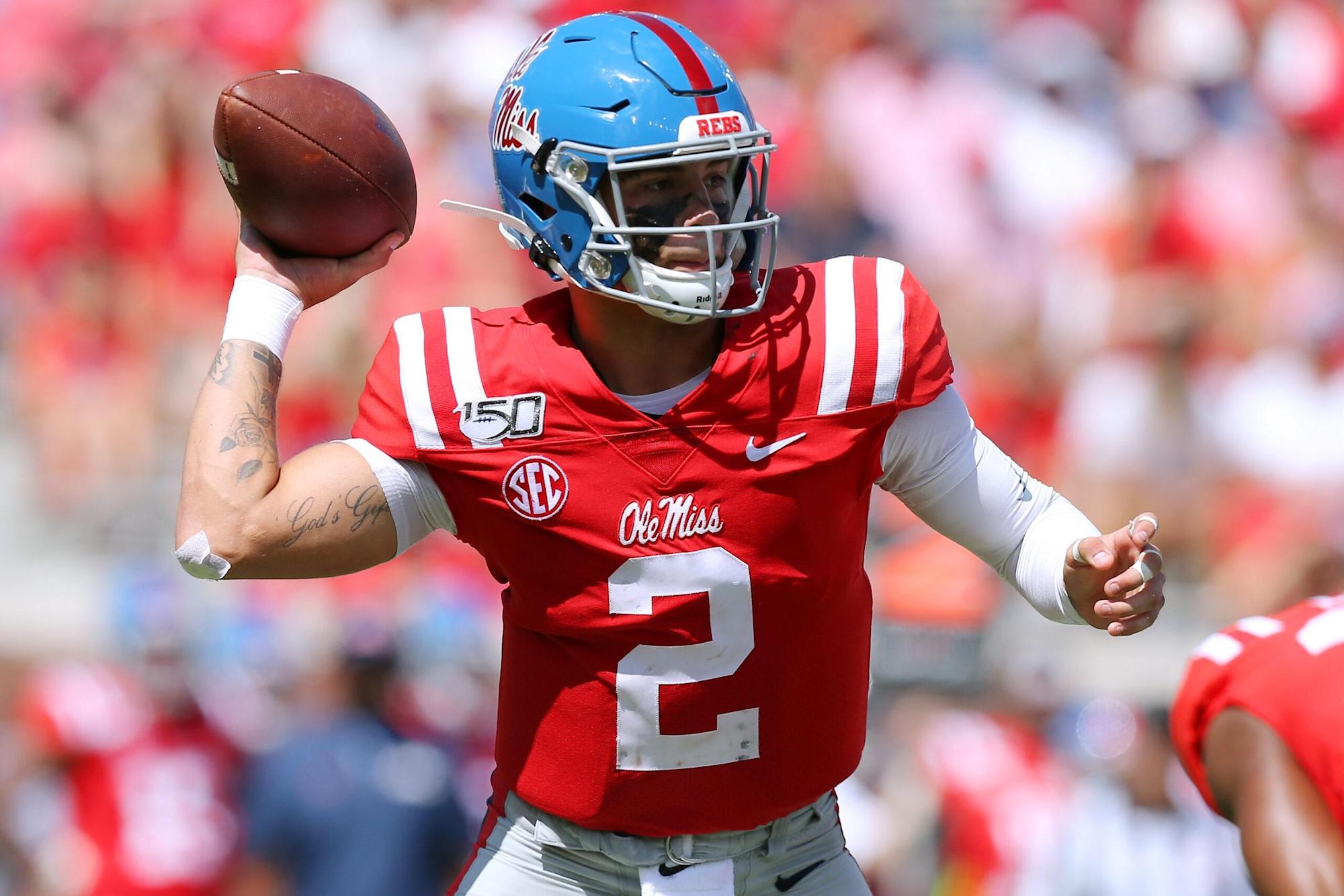 We’re just weeks away from the 2021 college football season kicking off, and there’s already plenty of buzz about which top quarterback prospects could end up landing in the first round of the 2022 NFL draft.

There are a handful of promising names that could rise up the board, but only a couple who feel like first-round locks at this early point in the process.

Could Oklahoma’s Spencer Rattler and North Carolina’s Sam Howell be the only first-round quarterbacks in next year’s draft?

That’s the scenario that plays out in the latest 2022 NFL mock draft from Pro Football Network, which has both of those signal-callers landing in the top 10, and then not a single quarterback the rest of the way among the top 32 picks.

Rattler goes No. 1 overall to the Houston Texans in this projection, while Howell heads to the Philadelphia Eagles with the No. 6 overall pick.

Other surprises in this mock include the Jacksonville Jaguars opting for Texas A&M defensive lineman DeMarvin Leal over LSU cornerback Derek Stingley Jr. at No. 3 overall, Alabama offensive tackle Evan Neal falling all the way to the Atlanta Falcons at No. 8 overall, Cincinnati edge defender Myjai Sanders jumping into the top 10 (New York Giants, No. 10 overall), and the New England Patriots spending another first-round pick on a running back (Texas A&M’s Isaiah Spiller, No. 17 overall)

To check out the full first-round projection for the 2022 NFL draft at Pro Football Network, click here.