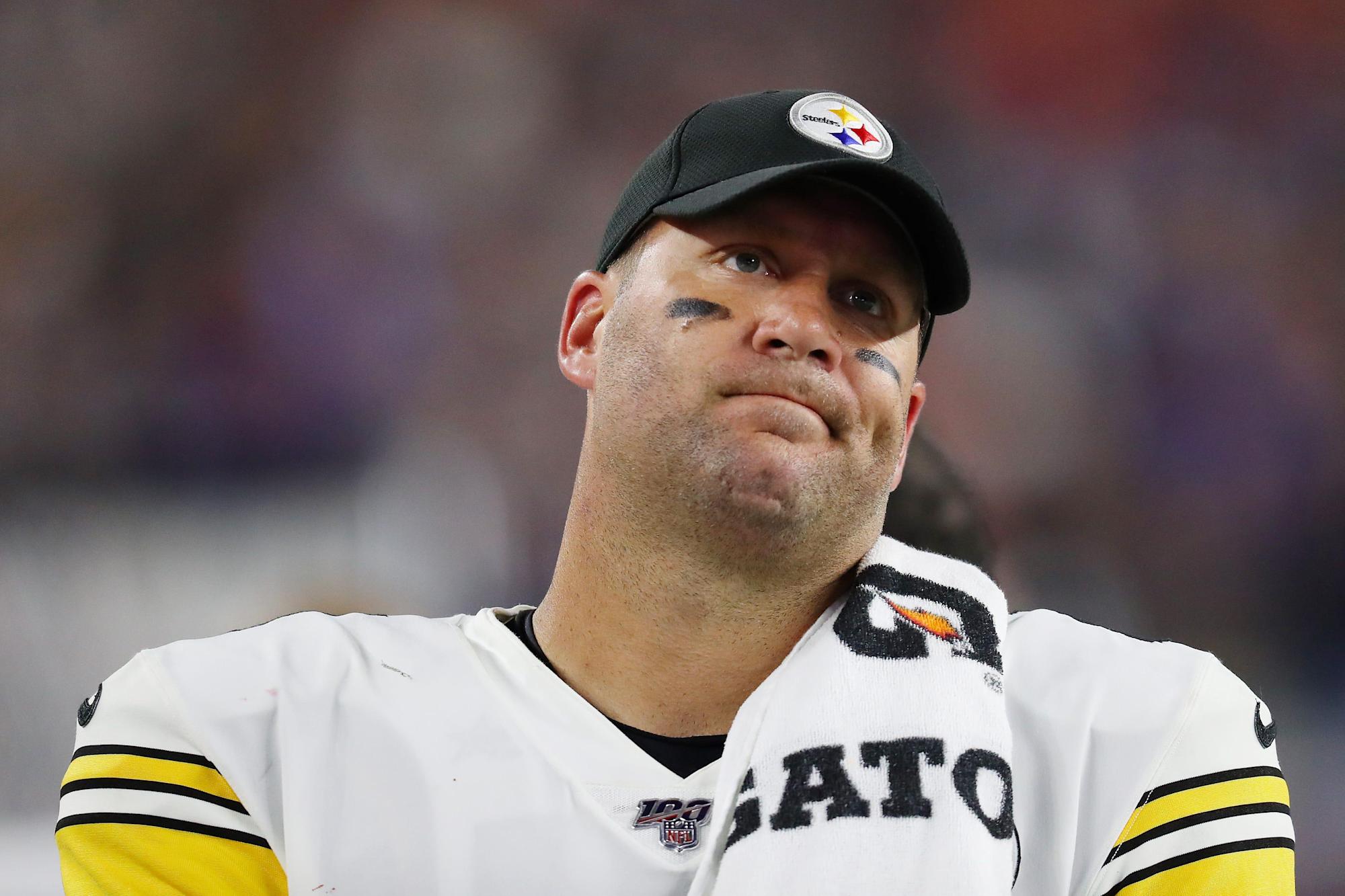 You have to admire the NFL’s ability to turn occurrences once regarded as mundane into annual events.

It now seems as if the league’s schedule release is morphing into a de facto offseason capstone. Simply unveiling the dates when all 32 teams play their lineup of opponents – the matchups themselves are fully determined by the end of the preceding regular season – now necessitates three-hour reveal specials on both NFL Network and ESPN … and has even partially bled into the morning news shows of the league’s broadcast partners. (The envy the other major pro sports must feel, given they can’t even get you to pay attention to their drafts, the NBA’s lottery notwithstanding.)

Adding to this year’s, uh, pomp and circumstance is the fact that the NFL is calling its 2021 campaign the “Biggest Season Ever” – which is literally true with each club playing 17 regular-season games for the first time as the league rolls out its initial 272-game docket.

So, without further ado, let’s get to the fallout:

Aaron Rodgers: Presumably, the reigning league MVP will remain with the Green Bay Packers – whatever his current misgivings are – and square off with the two previous Most Valuable Players, the Ravens’ Lamar Jackson (2019) and Chiefs’ Patrick Mahomes (2018), for the first time. The Pack are also scheduled for five prime-time dates and a Christmas showcase. Nice opportunities, should Rodgers need them, to prove he’s worthy of an extension that keeps him a Cheesehead indefinitely and maybe approaches Mahomes’ annual cheddar. However if Rodgers doesn’t return to Wisconsin and convinces the Pack to trade him, then his new team will instantly become must-see TV.

Tom Brady fans: His highly anticipated return to New England occurs Oct. 3 (Week 4) on “Sunday Night Football.” Hard to imagine the seven-time Super Bowl champ and leader of the Bucs won’t get a warm reception from the Foxborough faithful. Tampa Bay will also have four additional prime-time games, including the Week 1 Thursday night kickoff against Dallas, before what appears like a nice home stretch with the Panthers (twice) and Jets from Weeks 16 through 18, all 1 p.m. ET games. Nice setup as the Buccaneers aim for the first Super Bowl repeat in 17 years.

Las Vegas: The Raiders’ Allegiant Stadium earns the Monday night platform to conclude Week 1, which – barring a COVID-19 resurgence – will be the first time the “Death Star” hosts Silver And Black fans for a regular-season contest. Sin City is also scheduled to be the site of the 2022 Pro Bowl.

Los Angeles: SoFi Stadium, home of the LA Chargers and Rams, will also welcome fans for a regular-season game day for the first time. The Rams will host the Chicago Bears for the first Sunday night game of 2021, and the Chargers will face the Cowboys – Dallas broke in an empty SoFi against the Rams in the 2020 opener – at home in Week 2. Arguably now the league’s crown jewel facility, SoFi Stadium will also serve as the stage for Super Bowl 56 to conclude the 2021 season on Feb. 13, 2022.

London: After COVID-19 scrapped the International Series in 2020, the United Kingdom will get two games in 2021 – theoretically featuring young stars like Trevor Lawrence, Zach Wilson, Kyle Pitts and Tua Tagovailoa. The Jets and Falcons will meet Oct. 10 followed by Dolphins-Jaguars the following Sunday, both tilts occurring at Tottenham Hotspur Stadium with kickoffs at 2:30 p.m. local time (9.30 a.m. ET).

Browns: Remember when Cleveland was the overhyped darling of 2019, getting three prime-time dates in the first five weeks … on the way to a 6-10 season? Well, the Dawg Pound has a legit Super Bowl threat on its hands now, but you won’t see much of them for a while, as the Browns only get one national game in the first 11 weeks, with two scheduled thereafter. Reverse psychology, anyone?

Parity: It’s the hallmark of the NFL, which is designed to make every team 8-8 … or is it 9-8? Or is it 8-9? Anyway, up until now, every team within a division shared a schedule that was identical aside from two games. That number now grows to three – the 17th games are interconference matchups pairing teams that, for example, both finished in second place. What does it mean? In theory, the standings should get even tighter as strong teams beat each other up while weak teams get relatively meeker opponents.

Dak Prescott: The Dallas Cowboys quarterback already padded his bank account and should be fully recovered from his fractured ankle in time for the league’s marquee kickoff against Brady and the Buccaneers on Sept. 9. Golden opportunity for Prescott and Co. to make a statement as underdogs.

Preseason: Tough break for fringe players trying to make a roster, but – for the rest of us, especially fans paying for season-ticket packages – less is more with the new three-game exhibition slate.

WFT’s fate: Despite going 7-9, Washington won the NFC East in 2020 and has quite the opportunity to control the narrative in 2021. The Football Team’s final five games are against division opponents, the first time any team has closed with such a stretch since the NFL expanded to 32 teams and the eight-division format in 2002.

AFC: As the league schedules an odd number of games per team for the first time in the Super Bowl era, teams in the American Football Conference will benefit with the extra home game in 2021, which will be an interconference game.

NFC: Not only do National Football Conference teams have to play the additional road game, their Super Bowl 56 representative won’t even be the “home” team – which, granted, really only means the winners of the George Halas Trophy don’t get to select their jersey color for the big game.

CBS: The owner of the television package built around the (generally) smaller market AFC, it will lose out on the premium extra games because Fox typically gets to broadcast road games featuring NFC teams – including Packers at Chiefs, Buccaneers at Colts and Rams at Ravens. CBS did score Cowboys at Patriots in a cross-flex win.

.500: We’ll miss ya, mediocrity. Until somebody goes 8-8-1, the 2020 Chicago Bears will serve as the last great break-even team – parlaying their 8-8 record into the NFC’s first-ever No. 7 seed, which was a tiebreaker superior to the otherwise equally 8-8 (and more exciting to watch) Arizona Cardinals. But, hey, some will doubtless also enjoy divvying up the league simply into winning clubs and losing ones.

Symmetry: Along with the loss of .500 is the simple departure of what seemed like the perfect schedule – a 16-game lineup (in effect since 1978) with a typical week featuring 16 contests. That outgoing 256-game schedule a perfect square, just as 16 is. Get used to wrapping your mind around 4-13 records and Week 18 playoff implications.

Records: A 17th game will add a figurative asterisk once someone breaks Eric Dickerson’s single-season rushing mark, or compiles 2,000 receiving yards for the first time or reaches 60 TD passes.

Jimmy Garoppolo: The man who helped lead the San Francisco 49ers to Super Bowl 54 remains penciled in as their 2021 starter despite the arrival of No. 3 overall draft pick Trey Lance. But the Niners begin with two road games in the Eastern time zone, followed by home dates with the Packers and Seahawks. Week 5 means a trip to see J.J. Watt and the Cardinals before an early Week 6 bye. Feel like Jimmy G got set up?

Jets-Jaguars: The top picks of the 2021 NFL draft, Jacksonville QB Trevor Lawrence and New York QB Zach Wilson, respectively, aren’t scheduled to meet until Week 16 for a 1 p.m. ET kickoff. (If both start, it would be the fourth time rookie QBs picked first and second overall matched up as rookies and first since Jameis Winston and Marcus Mariota locked horns in 2015.) But wouldn’t this have been a great candidate for, say, a Week 3 Thursday night game – you’ll get Panthers at Texans instead (retch) – when two promising young teams and passers could play a relevant game in front of a national audience?

Jets-Panthers: Meanwhile, Wilson has to likely make his pro debut against Carolina and his predecessor, Darnold, in what will surely be an insta-referendum matchup in The Big Apple? Did the NFL possibly transpose the Jets’ feline matchups when putting its matrix together?

NFC West jet lag: Of the division’s four teams, all but the Cardinals will be forced to travel at least 25,000 miles this season. The Chargers and Jaguars are the only other clubs that will rack up that many frequent flier miles in 2021.

Families of Saints players: For the fourth year in a row, New Orleans winds up in a game on Thanksgiving or Christmas. This year, it’s a “Turkey Day” night game when Buffalo comes to The Big Easy.

Justin Fields: Coming off that unremarkable .500 season, the Bears’ ballyhooed rookie will first face pressure to unseat veteran Andy Dalton for QB1 status. And if Fields earns the starting gig coming out of preseason, he’ll be featured in five national games (including Thanksgiving at Detroit), four of them on the road. No pressure, kid.

Bills Mafia: Forced to stay home amid the pandemic for most of 2020 as Buffalo dethroned New England for the AFC East throne, the Orchard Park faithful are only scheduled to get one home prime-time game in 2021 – though it is a visit from the Patriots on “MNF” in Week 13. Furthermore, local boy made good Rob Gronkowski won’t be coming home this year, either, the Bills hitting the road to face the champion Buccaneers in Week 14.

Ben Roethlisberger: If this does turn out to be the Steelers quarterback’s final season in Pittsburgh, the NFL gave Big Ben a gauntlet of a going-away gift. Once the calendar hits December, the reigning AFC North champs will have to close with two games against the hated Ravens, a Thursday night game in Minnesota, while the Titans, Chiefs and Browns round out this murder’s row.

“MNF” twinbill: Perhaps there is such a thing as football overkill? The league has gone back to just one “Monday Night Football” contest in Week 1 for the first time since 2005. So if you loved staying up until 1:30 a.m. ET Tuesday morning to get resolution to your fantasy matchup – while listening to ESPN’s B Team call the game – sorry …

Players: Let’s hope the added revenue a 17-game season will ultimately afford makes the increased wear and tear on their bodies worth it.