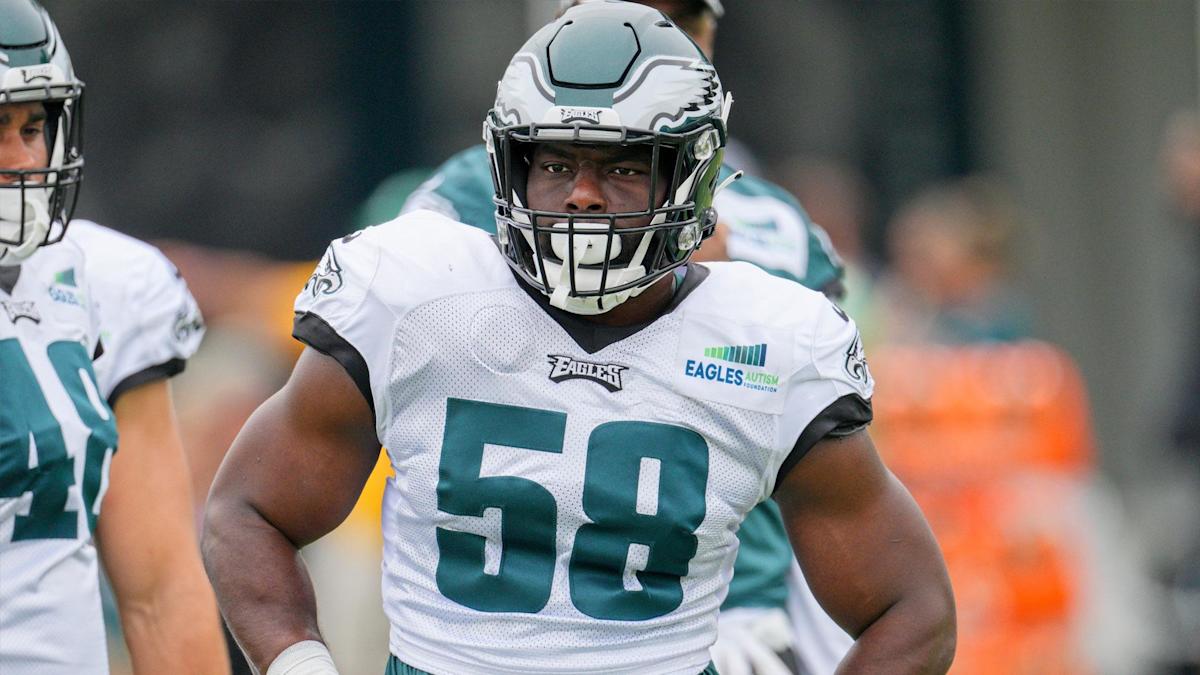 Before they acquired Gardner Minshew Saturday morning, there was no way the Eagles were going to keep three quarterbacks on the 53-man roster.

It was pretty clear early in training camp that Nick Mullens didn’t fit into the Eagles’ future, and if he was going to be here at all it would be on the practice squad. And that wasn’t a lock.

That left 51 roster spots for non-quarterbacks.

Now Mullens is gone, Minshew is here and that means the Eagles will almost certainly keep three QBs on the 53-man roster once final cuts are made Tuesday afternoon.

When Howie Roseman is your GM, anything is possible, so there’s always a chance the Eagles will trade Joe Flacco if the right offer comes along. Minshew is a 25-year-old kid with 37 career TDs and 11 INTs, and if the Eagles could get a pick for Flacco – who played well Friday night against the Jets – why not take it and go with just Hurts and Minshew?

But most likely the Eagles will keep three quarterbacks, and that means they have to go thin somewhere else. So this trade will cost somebody a roster spot.

So someone will probably be out $30,000 a week because the Eagles traded for a quarterback.

Let’s take a look at five players who may have lost their job  because of this trade:

J.J. Arcega-Whiteside: With one less roster spot, the odds decrease that the Eagles will keep six wide receivers. With DeVonta Smith, Jalen Reagor, Quez Watkins and Greg Ward locks, that means there’s a chance only one of the next group – JJAW, Travis Fulgham and John Hightower – will remain on the 53. Hightower was likely already on the outside looking in, and if comes down to Fulgham vs. Arcega-Whiteside, Fulgham’s five-game stretch last year probably gets him the last spot, even though he hasn’t had a good training camp.

Genard Avery: The biggest thing Avery has going for him is that he cost the Eagles a 4th-round pick when they acquired him in 2019. GMs don’t want to unload players they traded for. But Avery hasn’t produced when he’s been healthy, and he hasn’t been healthy that much. If the Eagles are confident enough in someone else to handle the SAM – Patrick Johnson perhaps or Ryan Kerrigan, once he’s back – Avery becomes expendable.

JaCoby Stevens: The rookie 6th-round safety-turned-linebacker missed a good chunk of training camp with a hamstring injury, but he wasn’t bad before and after the injury. He got a bunch of snaps Friday night – 34 on defense, 14 on special teams – and did some nice things. He’s an intriguing player, and I had him on my projected 53 going into Friday night, but he’s also a long-range project and may be a luxury the Eagles no longer have room for.

Sua Opeta: Sua’s been around for a couple years and even started a couple games last year during the crazy rash of o-line injuries. He’s a typical Jeff Stoutland player – undrafted out of a small school and eventually molded into a functional pro. But the Eagles also have Nate Herbig, who’s a little better, and Jack Driscoll, who can play both guard and tackle, and they really don’t need to go into the season with three backup interior linemen on the 53.

Patrick Johnson: Johnson, a rookie 7th-round linebacker, has raised his game the last week or so and played well Friday night. I was just starting to think he may have played his way onto the roster in a crowded defensive line picture, but with one less roster spot there may no longer be room.