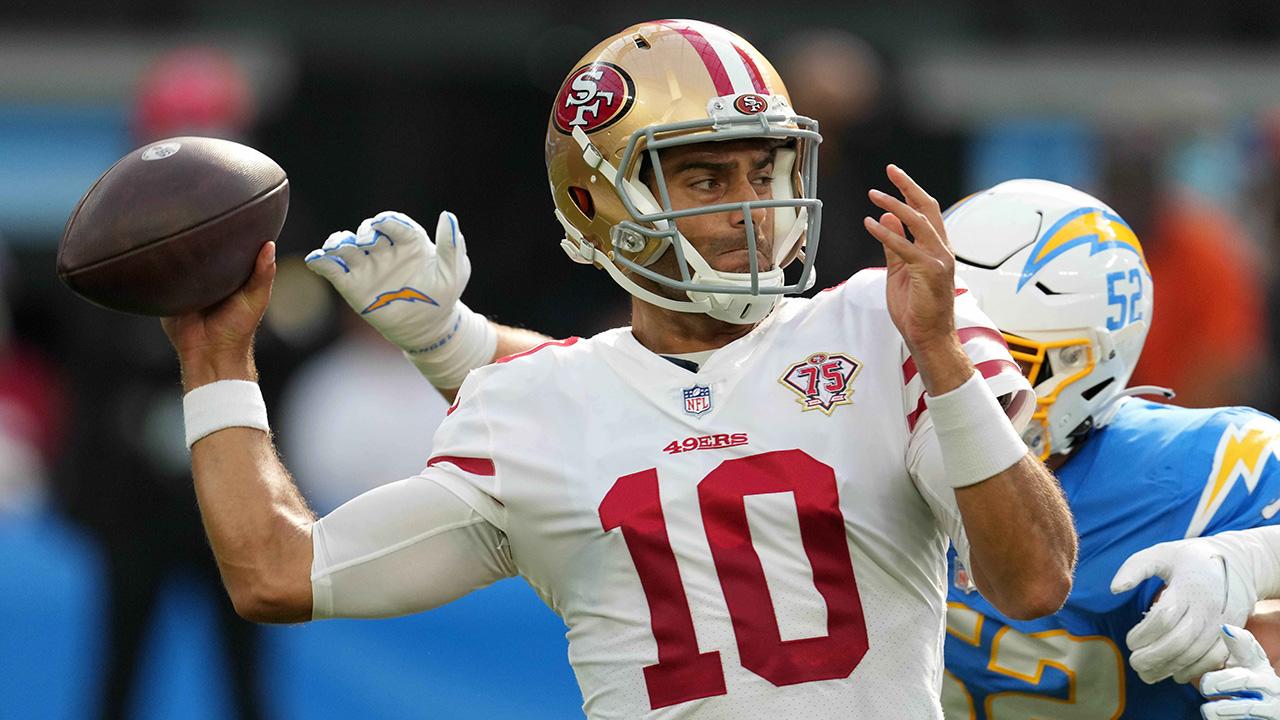 Why Jimmy G got only one series in 49ers’ win vs. Chargers originally appeared on NBC Sports Bayarea

Kyle Shanahan’s plan entering the 49ers’ preseason game against the Los Angeles Chargers at SoFi Stadium in Los Angeles on Sunday night was to give both of his top two quarterbacks multiple series under center in the first half. Jimmy Garoppolo would start before giving way to Trey Lance, then the rookie would take over for a couple series before Jimmy G went back out.

That’s not what happened, though.

Garoppolo did start San Francisco’s 15-10 victory, but that was the only series he got. It lasted 16 plays and ended with a bad interception, but that’s not why he didn’t get any more snaps.

“We don’t really have ones or twos out there for the most part,” Shanahan said after the win. “We’re sitting a lot of ones — there’s some ones out there, and I was really hoping to mix a lot of guys up. Receivers, O-line and our quarterbacks. I was going to go to Jimmy for the first series, I was going to put Trey in for two, then get Jimmy back, and we were going to change up the same with Laken [Tomlinson] and [Mike] McGlinchey and some of the wideouts, but I wasn’t expecting a 16-play drive on the first one, either.

“That’s kind of the problem. I’d like to get some of our twos some experience with the ones, but if you let the ones go all the way for their 16 to 20 plays, and then your [No. 2] quarterback comes in, I don’t want to have to leave them out there for 40 plays just so they can get some work with both. So, we were going to do it that way, but when you get a 16-play drive … our goal was only three to four more plays, so we just shut it down.”

Garoppolo completed 3-of-6 passes for 15 yards on that opening drive and added a 10-yard scramble for a first down. His final attempt sailed high and deflected off of Brandon Aiyuk’s hands and into the arms of Chargers cornerback Asante Samuel Jr. Lance came on for the 49ers’ next possession and played the remainder of the first half and into the third quarter, finishing 8-of-14 for 102 yards and two touchdowns with one interception.