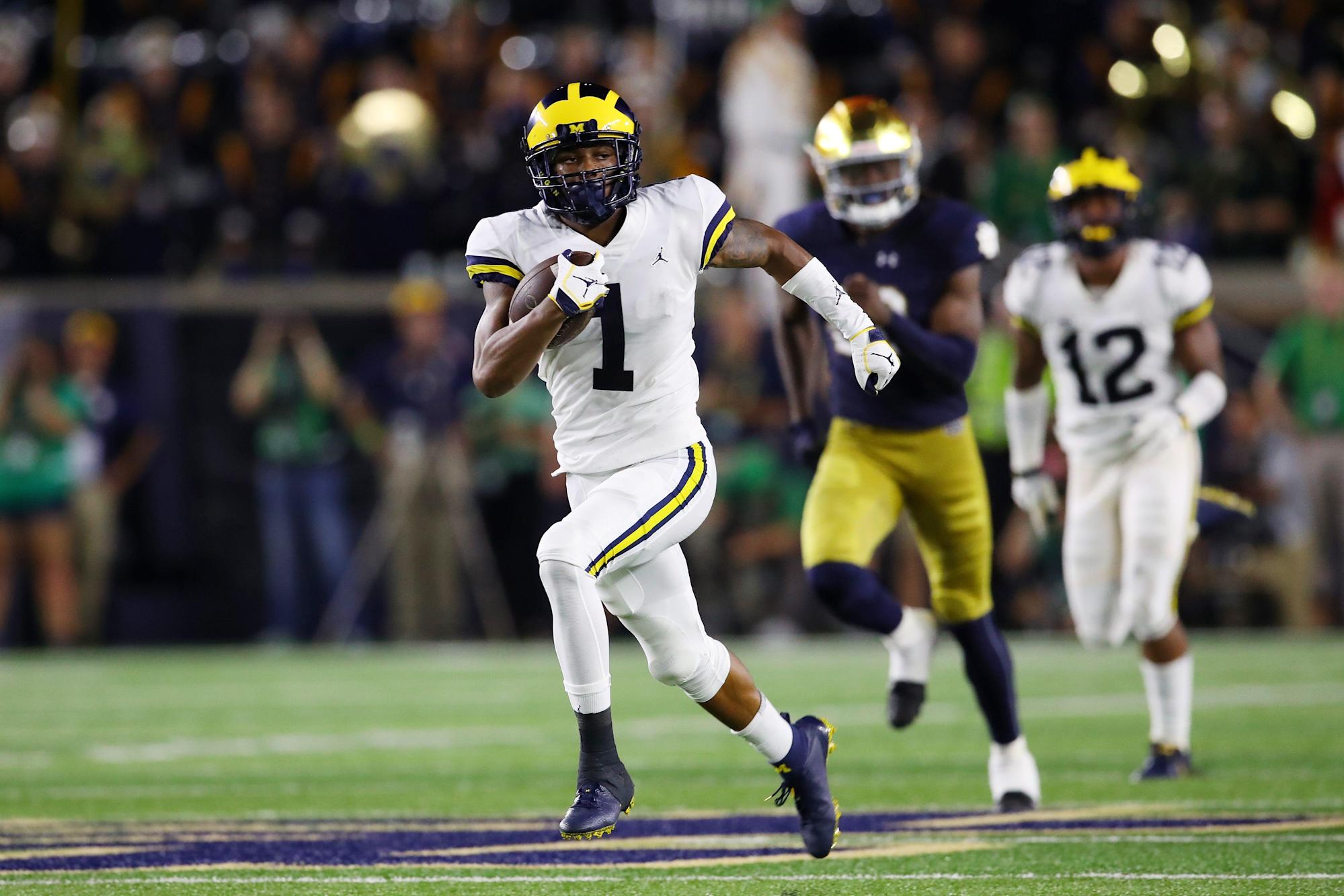 Lynch and the 49ers were scouting cornerback Ambry Thomas, who played under Zordich at Michigan between 2017-19.

And when Lynch asked Zordich what he thought of his former pupil, Zordich gave a glowing recommendation.

“We talked to Michael Zordich, who is a contemporary of mine in the league and played safety at a really high level,” Lynch said Friday. “I respect his opinion. He thought the world of (Thomas).”

•Jalen Mayfield drafted by Falcons in third round

• Nico Collins heads to Houston Texans in third round

That conversation with Zordich (who now coaches at Central Michigan), along with San Francisco’s own evaluation, laid the groundwork for the selection of Thomas in the third round of the NFL draft, No. 102 overall.

Thomas became the fourth Michigan player drafted this year — and the third to go in the third round on Friday night, joining Jalen Mayfield and Nico Collins.

Waiting until No. 102 carried a risk for the 49ers, according to Lynch: The 49ers were worried that Thomas — who is from Detroit and attended Detroit King — would be drafted by the Lions at No. 101.

Detroit did take a cornerback. But it was Syracuse’s Ifeatu Melifonwu. That cleared the way for the 49ers to take Thomas, a prospect that Lynch says “really gained steam throughout the process with us” and was championed by assistant general manager Adam Peters.

“You look at outside corner, there were the guys up top,” Lynch said. “And then you know, it was, okay, Adebo was another one of them. But after that, early on, we were saying, where would it be next? Ambry Thomas was a guy we really grew fond of throughout the process.”

Thomas attended Michigan for four years and was expected to be the team’s No. 1 cornerback in 2020. Due to the coronavirus pandemic, he opted out, leaving him with a relatively light body of work.

Still, although Thomas was a full-time starter in 2019 alone, he performed well that season. As a junior, he tallied 38 tackles, three interceptions and three pass breakups — and, perhaps more impressively, returned in time to start the season opener despite a bout with colitis that hospitalized him over the summer and caused him to lose a significant amount of weight.

And the decision to opt out did not affect Thomas’ standing in the eyes of the 49ers.

“One thing we really try to do is give a fair look to these guys,” Lynch said. “I think sometimes, it was really easy to say, he opted out, some people even went as far as to say he doesn’t love football if he opted out.

“I’m a father of a kid who played on a college football team this year. The plans were so up in the air. I don’t blame any of these kids for opting out, for going through what we did. Ambry is a kid that we were able to talk as the process went deep and we really started to have a liking for him.”

Lynch mentioned Thomas’ speed — he ran a 4.37 second 40-yard dash at Michigan’s pro day — and praised his ability to have “poise at the moment of truth.”

“When that ball is in the air, he has an ability to locate it, which is not as easy to find as you might think for (defensive backs),” Lynch said. “As they say, there’s a reason they’re playing defense. Ambry has a good skill for being very poised when the ball is in the air.”

Thomas, who also returned kicks at Michigan, could contribute early on special teams. And there could be snaps to had on defense, too; the 49ers re-signed Jason Verrett and Emmanuel Moseley, but Richard Sherman remains a free agent.

“We think he can be a good fit with us,” Lynch said. “We were really fired up to be able to get him.”