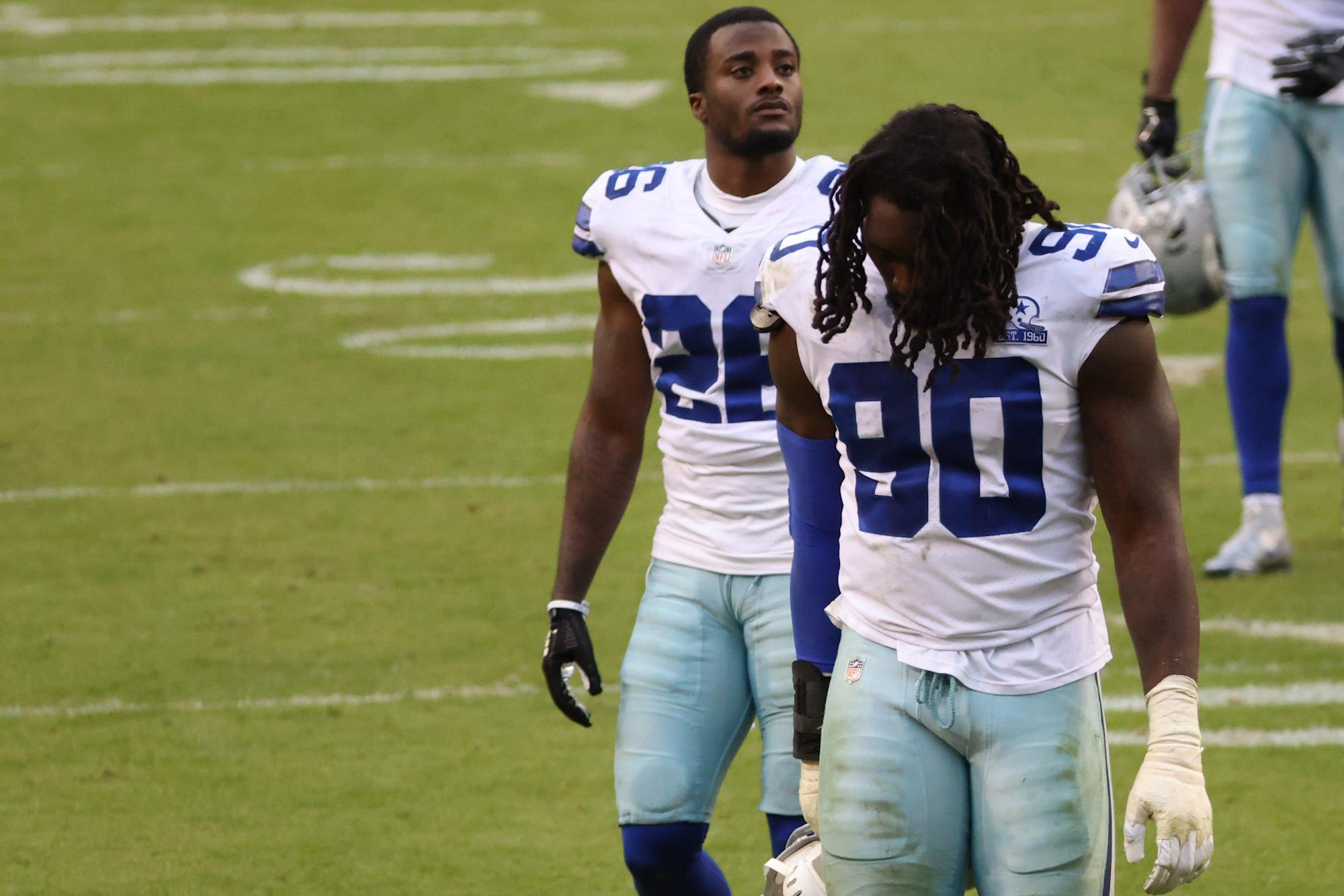 That’s whom the Dallas Cowboys defense will be tasked with stopping the first three weeks of the 2021 NFL season. And it’s the Cowboys’ performance in those weeks—against the likes of talented quarterbacks from 43-year-old Tom Brady to 23-year-old Justin Herbert—that will indicate whether ex-Falcons coach Dan Quinn can succeed as Cowboys defensive coordinator, nine-time Pro Bowl pass rusher DeMarcus Ware says.

In short: Will the Cowboys defense mesh this year?

“Last year, they didn’t mesh that well,” Ware told USA TODAY Sports this week over Zoom. “Now, you have a new coach coming in. Who are going to be those established leaders? And then going forward, how are you going to implement that during the season and play lights out? I look for that like the first three games: how guys actually mesh, how many mistakes they make, how disruptive the defense is going to be.

“That’s going to be a little telltale of how the season’s going to go.”

The Cowboys defense regressed in 2020. A unit that in 2019 had ranked ninth in yards allowed and 11th in points allowed plummeted to 23rd and 28th, respectively. Two-time Pro Bowl defensive end DeMarcus Lawrence recorded fewer than 7 sacks for a second straight year after double-digit seasons in 2017 and 2018. And though Lawrence’s impact stopping the run goes beyond that stat line, the Cowboys’ collective run defense was even worse. Linebackers missed gaps and defenders flubbed assignments as Dallas allowed 158.9 ground yards per game in a 6-10 season. Only the Texans fared worse. That must change to retake the division, Ware says.

“If you can’t stop the run, you’re never going to win the NFC East,” Ware said while speaking in partnership with Sleep Number’s Sleep30 challenge teaching NFL veterans how to maximize their sleep. “If they can stop the run this year, be consistent and get to the quarterback, that’s going to be a big change that they need to get back on top.”

MORE COWBOYS: What you need to know from minicamps

Several factors must change for the Cowboys run defense to improve. The Cowboys could start rookie Micah Parsons in at middle linebacker and slide over Jaylon Smith. Free-agent acquisitions including veteran Brent Urban will be relied on to clog the interior. But beyond new personnel including eight defensive draft picks, Ware believes Quinn’s scheme will fix some issues. Bygone coordinator Mike Nolan’s 3-4 hybrid defense “didn’t have the right personnel,” Ware says, challenging defenders even before the on-field miscues began. Nolan and defensive line coach Jim Tomsula were dismissed at season’s end.

Quinn has said his base package will “look more like a 3-4 look,” but he anticipates the Cowboys spending 60-70% of snaps in a nickel package with a four-man front. Lawrence is expected to start at left defensive end, while Randy Gregory—who flashed disruption late in 2020 and is available for his first full offseason since 2015—is a contender to start at right. Parsons, the Cowboys’ versatile first-round draft selection, will further drive Quinn’s game planning. Cowboys owner and general manager Jerry Jones has emphasized his desire for Parsons to pressure beyond his middle linebacker coverage duties.

The hope: the more pressure Parsons and defensive linemen can generate, the more successful rush-and-cover can be for a club whose secondary offers fewer sure weapons. The Cowboys let starting cornerback Byron Jones (Dolphins) walk in 2020 and starting cornerback Chidobe Awuzie (Bengals) depart this year in free agency. Second-year Alabama product Trevon Diggs is likely to fill one of two spots when healthy, with the team hoping veterans Anthony Brown and Jourdan Lewis can step up until rookies catch on. Dallas selected cornerback Kelvin Joseph in the second round of the 2021 NFL draft and Nahshon Wright in the fourth. Each will be under scrutiny when the Cowboys report to training camp July 20 in Oxnard, California.

That preseason period, particularly after last year’s COVID-19-restricted format, will be crucial to establishing coaching rapport and unit chemistry, Ware says. The Cowboys expect a high-powered offense to carry slack as quarterback Dak Prescott returns, but Ware says the defense must at least demonstrate improved cohesion and consistency for head coach Mike McCarthy’s second year in Dallas to remedy his troubled inaugural campaign.

Ware has guided Lawrence on establishing that standard now so come Sept. 9, when the Cowboys play in the league’s season opener vs. the defending Super Bowl champion Buccaneers, Dallas’ defense is ready. Waiting until the season starts to drill in is too late, Ware is emphasizing to Lawrence. The former Cowboy hopes to see improved chemistry by September.

“It’s not about the rah-rah guy during game time,” Ware said. “It’s the little small things that happen in the locker room that keep all the guys corralled together. So when you say one thing like, ‘Hey, there’s a meeting at 7 o’clock,’ ‘Hey, we need to stay a little later after practice,’ there’s nothing said. Because they know it’s the right thing to say by you.

“You’ve got to own that and have that accountability.”