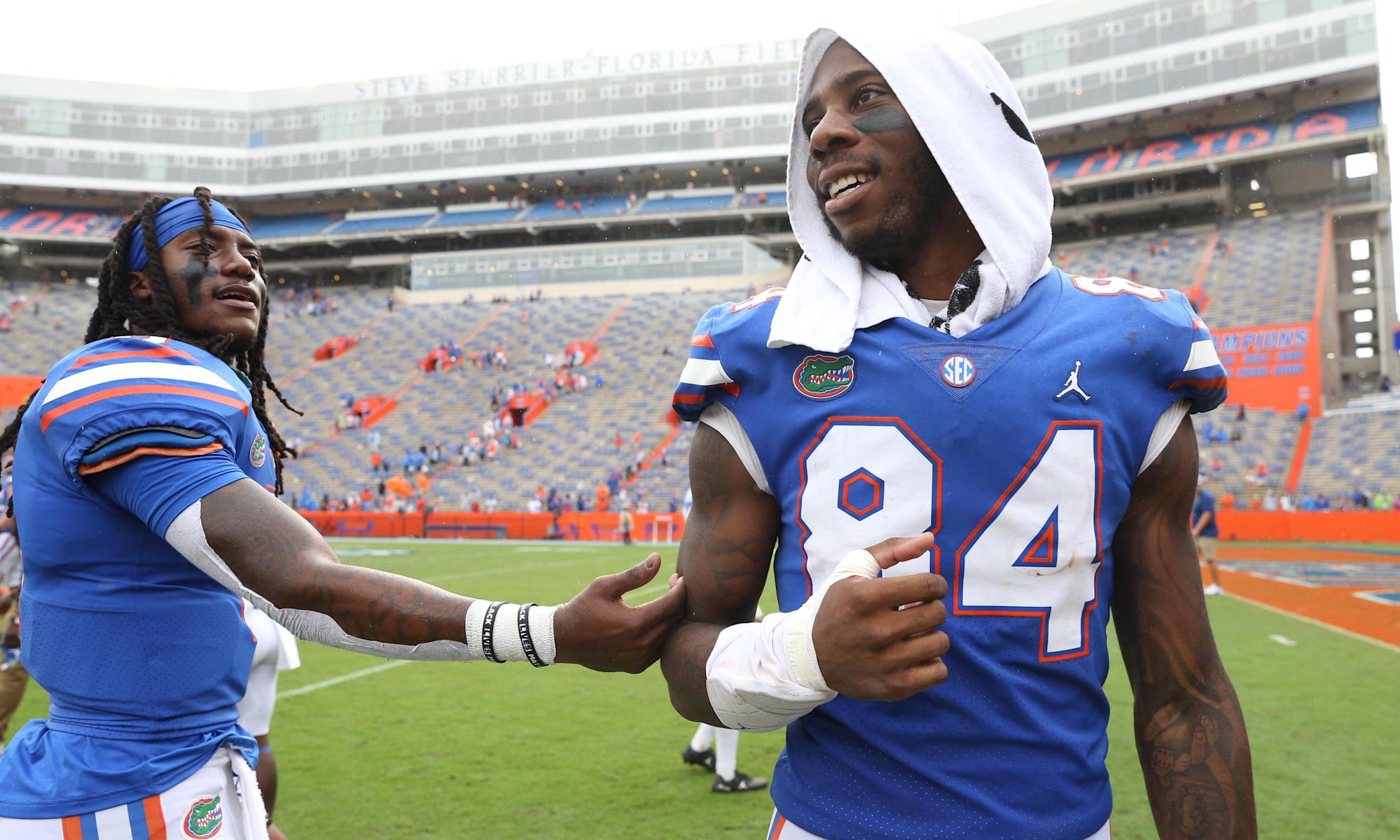 As athletes have become bigger, faster and stronger, the term “unicorn” has become deeply rooted in the sports lexicon.

When it comes to Kyle Pitts, even a Council of Unicorns would admit the Florida tight end is special.

Pitts represents the natural endpoint of the NFL’s latest cycle. Cast your mind back as recently as two decades ago and game-changing tight ends were a rarity. Tight ends used to serve one function: acting as an extra blocker. Occasionally, one would pop up who could both block and receive. He would be treated to 30 or so catch attempts a season and be hailed as a revolutionary.

Now, tight ends are the name of the game. The NFL is a matchup league, and if you can find a player big enough to block and nimble enough to serve as a threat in the passing game, you have a true mismatch. Linebackers are too slow to cover them in space; cornerbacks and safeties are too small to bring them down.

Rob Gronkowski. Travis Kelce. Jimmy Graham. Antonio Gates. Greg Olsen. The past decade has been the era of the tight end, from New England’s famed two tight-end system at the start of the 2010s to this past season, when 30% of the personnel packages across the league featured two or more tight ends, the highest such figure since NFL Next Gen Stats started tracking the data.

Now, along rolls Pitts, the most athletic tight end prospect in history. Run through his numbers and you’d be right to wonder whether you had stumbled across Captain America. Pitts is 6ft 6in, with the hops of a receiver and the wingspan of a Boeing 747. Here is how he stacks up among all tight ends in the crucial pre-draft height-weight-speed measurements since the numbers started to be recorded in 1975:

For context: Pitts’s figures easily surpass those of Gronkowski, Kelce and Tony Gonzalez, the three finest tight ends of the modern era, per Mockdraftable.

Pitts is more of an out-and-out receiver than a blocker. In last year’s pandemic shortened college football season, he was dominant, posting 43 receptions, 770 yards and 12 touchdowns in just eight games.

It’s best not to even think of Pitts as a tight end, in truth. Teams no longer focus on positional designations and instead look at the skillsets of players and where they fit into the overall structure of a scheme. Lance Zierlein of NFL Media has compared Pitts to Calvin Johnson, the legendary Lions wide receiver, such is his threat potency as an outside threat. But, like all of the league’s best flex pieces, Pitts is also good enough as a blocker to be treated as a true tight end in the Gronkowski-Kelce vintage by opposing defenses.

Related: Pressley Harvin III: the TD throwing, 260lb punter who may be the star of the draft

By the time draft night rolls around next week, Pitts will most likely be the highest tight end ever selected. Vernon Davis was drafted sixth overall in 2006 and Kellen Winslow II was selected in the same slot two years earlier. But that was at the start of the revolution, when drafting tight ends in the top 10 was still viewed as a poor use of resources. Now, selecting a tight end ahead of a running back or off-ball linebacker is viewed as the smart play.

Teams inside and outside the top five are circling. Quarterbacks will go off the board with the first three picks to Jacksonville (Trevor Lawrence), New York (Zach Wilson) and San Francisco (any one of three candidates). After that, every team will have Pitts at least in their thoughts.

Pitts is indeed special. Football can be a story of complex schemes and assignments. Pitts makes it easy: he can reach his arms to spots defenders his size cannot. And he is usually quicker than anyone a defense dare line-up across from him. The only answer for a defensive coordinator is to send a second defender or to run a complicated ‘cone’ coverage that relies on three defenders keeping an eye on one receiver. Whichever way you dress it up, it compromises the defensive coverage.

A buzzword in football in recent years is “flexibility”. Coaches are sticking less to a unified doctrine and focusing more on the ability to run a little bit of everything from every look imaginable.

Pre-snap movement and motions are at an all-time high: the offense showing one look to the defense before shifting to another just before the ball is snapped. The hope is to have the defense reveal its hand before the ball makes its way to the quarterback, eliminating the need for complex reads. All of those old-school, intricate designs are still at work, but more and more of the league is falling into the see-it-throw-it school of thought.

To run such a system you need moveable pieces. You need players that force the defense to commit two or three (at least with their eyes) defenders at a time. You need a Tyreek Hill or a Travis Kelce or a Mike Evans or a Christian McCaffrey. You need uncommon size or speed or a combination of both. You need a player who is as comfortable isolated on one side of the field as he is stacked up in close quarters; who can move from the backfield to the perimeter on any given snap; who can serve as the focal point of the offense and help reveal coverages for the quarterback.

You need, in essence, a Kyle Pitts.

There are never any certainties in the draft. But Pitts is about as close to a sure thing as you can find.