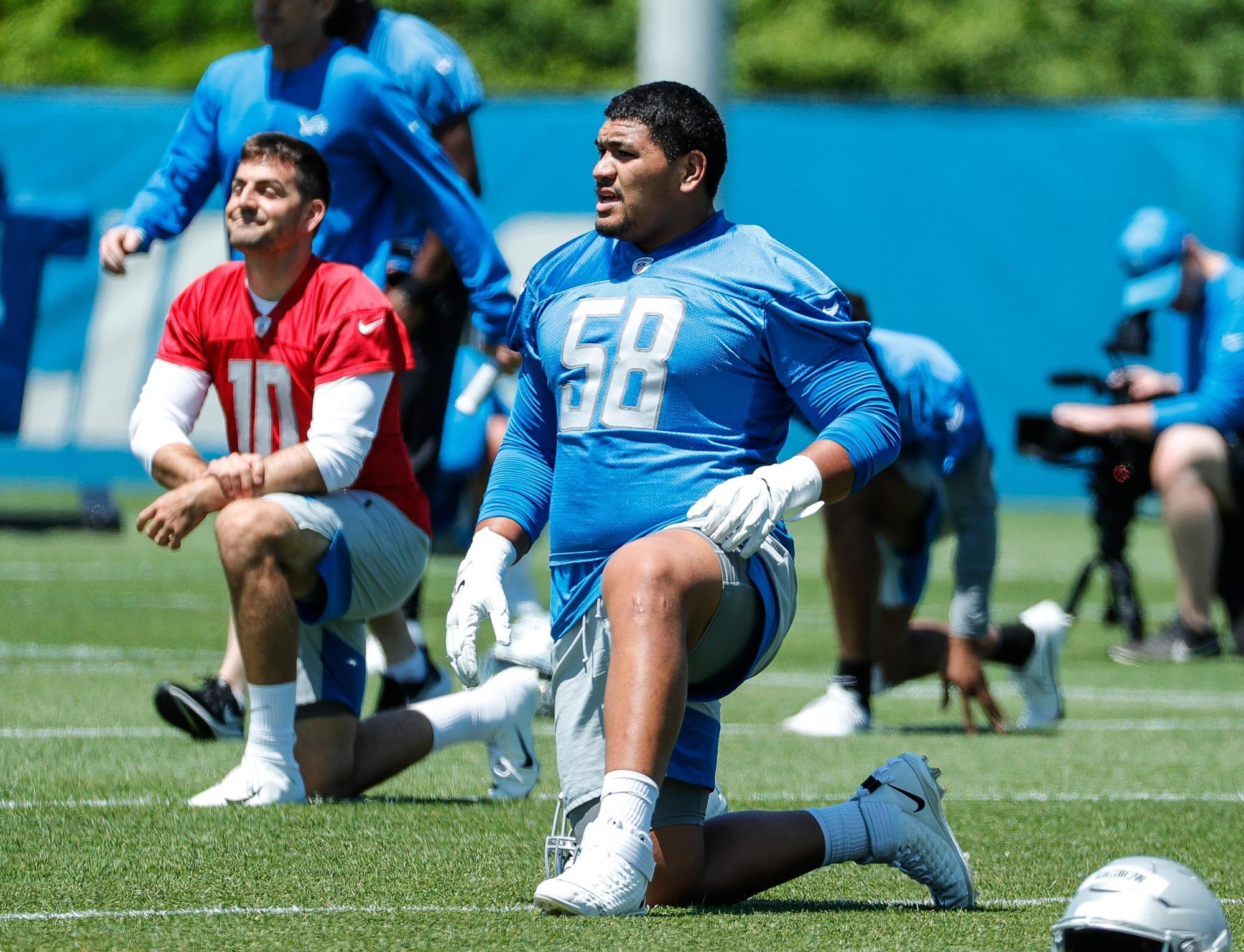 The Lions may not have expected Oregon offensive tackle Penei Sewell to fall into their laps with the seventh overall pick in the 2021 draft, but Sewell was there, and the Lions went with what was clearly a “best player available” philosophy despite more pressing needs at other positions — especially receiver. Detroit lost both Kenny Golladay and Marvin Jones in free agency, leaving new quarterback Jared Goff with targets including Breshad Perriman, Tyrell Williams, Quintez Cephus, and 2021 fourth-round pick Amon-Ra St. Brown. Not great for a quarterback in Goff who has proven that he needs his targets to be fairly dominant if big plays are to come out of the passing game.

But Sewell was the guy, and while that decision makes sense on its face, there is the matter of Taylor Decker, who manned Detroit’s left side quite well in 2020, signed a five-year, $59.65 million contract extension last September, and is thus under contract through the 2025 season. In 1.048 snaps at left tackle last season, per Pro Football Focus, Decker allowed two sacks, six quarterback hits, and 19 quarterback hurries, proving to be a plus run-blocker as well. So, although Sewell is a natural left tackle (it’s the only position he played at Oregon), the Lions are switching him to the right side. Some tend to believe that this isn’t a big deal, but when you talk to the men in the trenches, there’s more to it than you think.

Which Sewell is now discovering.

“It is not that easy,” Sewell said Thursday after the Lions’ third day of organized team activities, per Dave Birkett of the Detroit Free Press. “Man, it’s a whole different feel. Again, it’s like, let’s say I’m right-handed so I’ve been writing right-handed my whole life, and then one day you’re just asked to write your full name left-handed at full speed, the same speed that you write with your right hand. So yeah, it’s a little bit of an adjustment.”

Buccaneers 2020 first-round pick Tristan Wirfs, who played both left and right tackle at Iowa, put it much more… colorfully a couple weeks before Tampa Bay selected him.

“When I first started flipping back and forth, I think I was trying to look for a big difference,” Wirfs said back then. “Honestly, the only thing different is you got your other hand down. It just feels awkward at first but once you settle in it feels fine. . . . It kinda feels like wiping your butt with your other hand. It just feels a little awkward at first, but you get used to it.”

Alrighty then. The Bucs kept Wirfs on the right side, and to great effect. The rookie allowed just one sack and and 24 total pressures on 851 pass-blocking snaps in a high-volume passing offense. Wirfs played far more right tackle than left tackle in college, and he didn’t have to make that adjustment when dealing with better and more experienced pass-rushers, as well as more complicated pressure concepts.

“Look, he looks like a rookie,” Lions head coach Dan Campbell said of Sewell on Thursday. “He looks athletic. I will say this; I never thought Sewell could look small, but when you see him next to [Taylor] Decker, he doesn’t look quite as big. But he’s a big human being. He looks like what you would think he would look like. Man, he’s got talent, he’s hungry, he’s aggressive. Man, let’s just center back, calm down, watch how everybody does it. Watch the flow, watch your footwork here, take your steps, watch the cadence, listen to these things. Even in three days, you see him improving already. That’s all you can ask for right now. It’s good to have him here and to be with those guys, it’s exactly what you want.”

It may be what the Lions want, but the transition to the right side could take some time.

“I really believe a lot of guys are more efficient at one side or the other,” then-Bengals and now-Rams left tackle Andrew Whitworth told PFF’s Sam Monson in 2012. “Sure, most tackles are good players and can play both sides, but usually there is a vast difference in how technical or athletic they are one side to the other, if they keep switching. I really could never see myself as a right tackle, I’m a left-hand dominant guy all the way.”

Geoff Schwartz, who was then playing guard for the Vikings, agreed.

“If you look at most lines, the backup LT is the LG, or he’s on the bench. Both teams I’ve played on, our backup LT was the LG. It’s very difficult for guys to be able to effectively play on both sides of the line without long hours practicing it.

“That is why you don’t often see linemen switching sides of the ball for injury or performance. Playing offensive line is a very technical position. Being a great athlete and a physical player can only take you so far if you don’t use proper technique. You must drill over and over again to get the footwork and hand placement down. On top of that, mentally switching things over in your head can be tough at first. You’re used to reacting to movement on one side of the line of scrimmage, now it’s happening on the opposite side.”

So, not only does Sewell have to transition to a position he hasn’t played since high school, he has to do it at the next level after opting out of the 2020 season. That’s a long time to go without playing your ideal position on the field, never mind all the transitional issues. This does give the Lions a rather estimable LT backup if Decker is unavailable at any time for whatever reason, but there are times when “best player available” can cause a traffic jam from a positional standpoint.