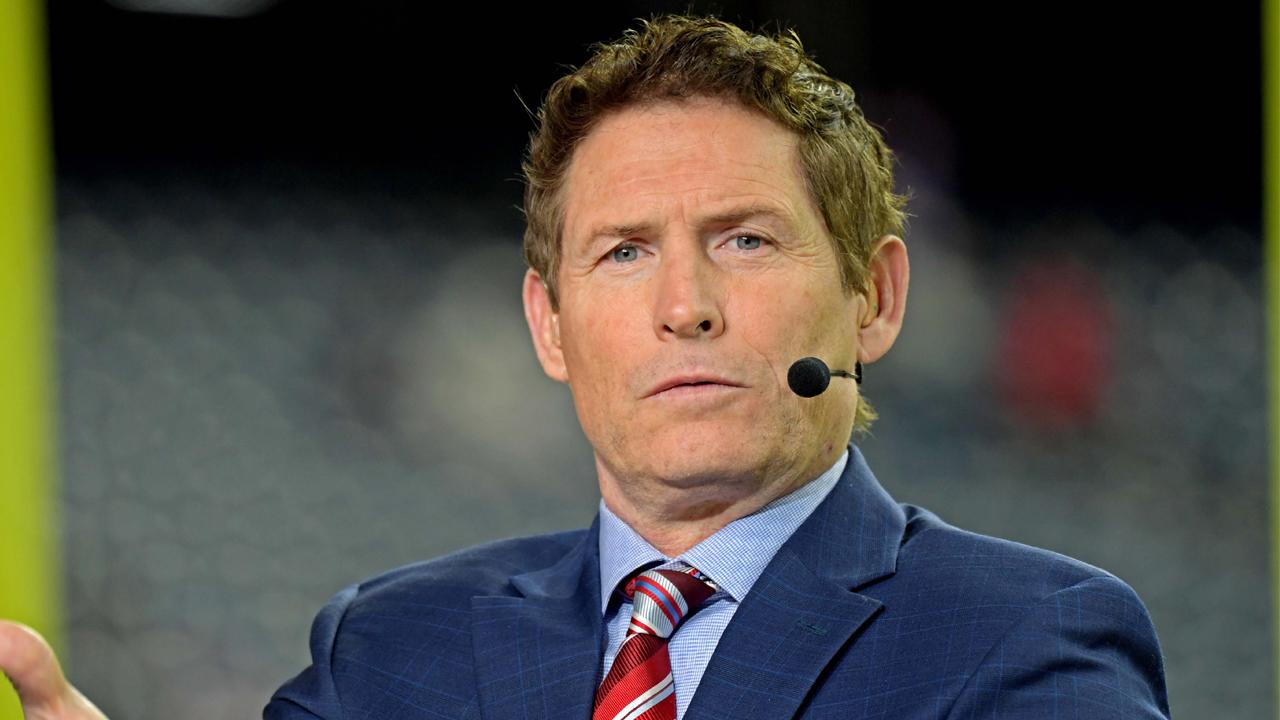 All aboard the 49ers hype train. Steve Young is your conductor.

Following Friday’s blockbuster trade with the Miami Dolphins that allowed the 49ers to move up to the No. 3 overall pick, Steve Young joined Hannah Storm on ESPN’s “SportsCenter” to praise the San Francisco front office for its long-term thinking.

“In many ways, this trade resets the clock for the Super Bowl window for the 49ers,” Young said. “Because now the investment in the quarterback on a rookie deal allows for all of the money to go to others and they can keep a bunch of people. and they can kind of stay in that mix. When a quarterback gets the big money, like Jimmy [Garoppolo] got, that really limits the ability to kind of get that Super Bowl momentum.

“You can do it. We’ve seen it before, but this kind of resets the clock, and you say for a five year window now, the 49ers should be in the mix in the Super Bowl.”

The 49ers legend knows a thing or two about quarterbacking. His statement comes with an underlying assumption, however — that the signal-caller selected No. 3 overall will be capable of carrying the franchise to the Super Bowl. That’s not worth glazing over.

RELATED: How Garoppolo’s future is impacted by blockbuster trade

If there’s a draft to pick a franchise quarterback, this would be the year to do it. Trevor Lawrence is expected to go No. 1 overall to the Jacksonville Jaguars before the New York Jets pick at No. 2. From there it’s more of a guessing game, but the 49ers have assured themselves the opportunity to draft a quarterback like Zach Wilson, Justin Fields, Trey Lance or Mac Jones, depending on who’s available.

If it works out and Garoppolo can pass the torch to the young quarterback, Young’s prediction makes total sense. In terms of salary cap flexibility, having a great quarterback on a rookie deal is a like a cheat code for four years and possibly five with the fifth-year option.

But there’s a lot hanging on a single player now, as the 49ers traded Miami their No. 12 selection, a 2022 first-rounder, a 2023 first-rounder and a compensatory third-rounder in 2022.

I understand this draft may be unprecedented in terms of quarterback talent, but here’s a list of the quarterbacks picked in the top three over the past decade:

Would you put all your eggs in that basket? The 49ers just did.

If the quarterback they pick doesn’t pan out, they’re handcuffed by lack of draft capital or will have to do some major maneuvering to get back in the first round before 2024.

General manager John Lynch deserves credit for having the guts to pull the trigger on this high-risk, high-reward move. The quarterback they get at No. 3 this year could have gone No. 1 in other years, but Darnold and Bortles are the last signal-callers to go in that slot.

It might seem risky, but Young is all in on the move.

“Don’t lose the fact that it’s not just Justin Fields or Zach Wilson,” Young said. “It’s also that they’ve reset that clock of getting to the Super Bowl window.”