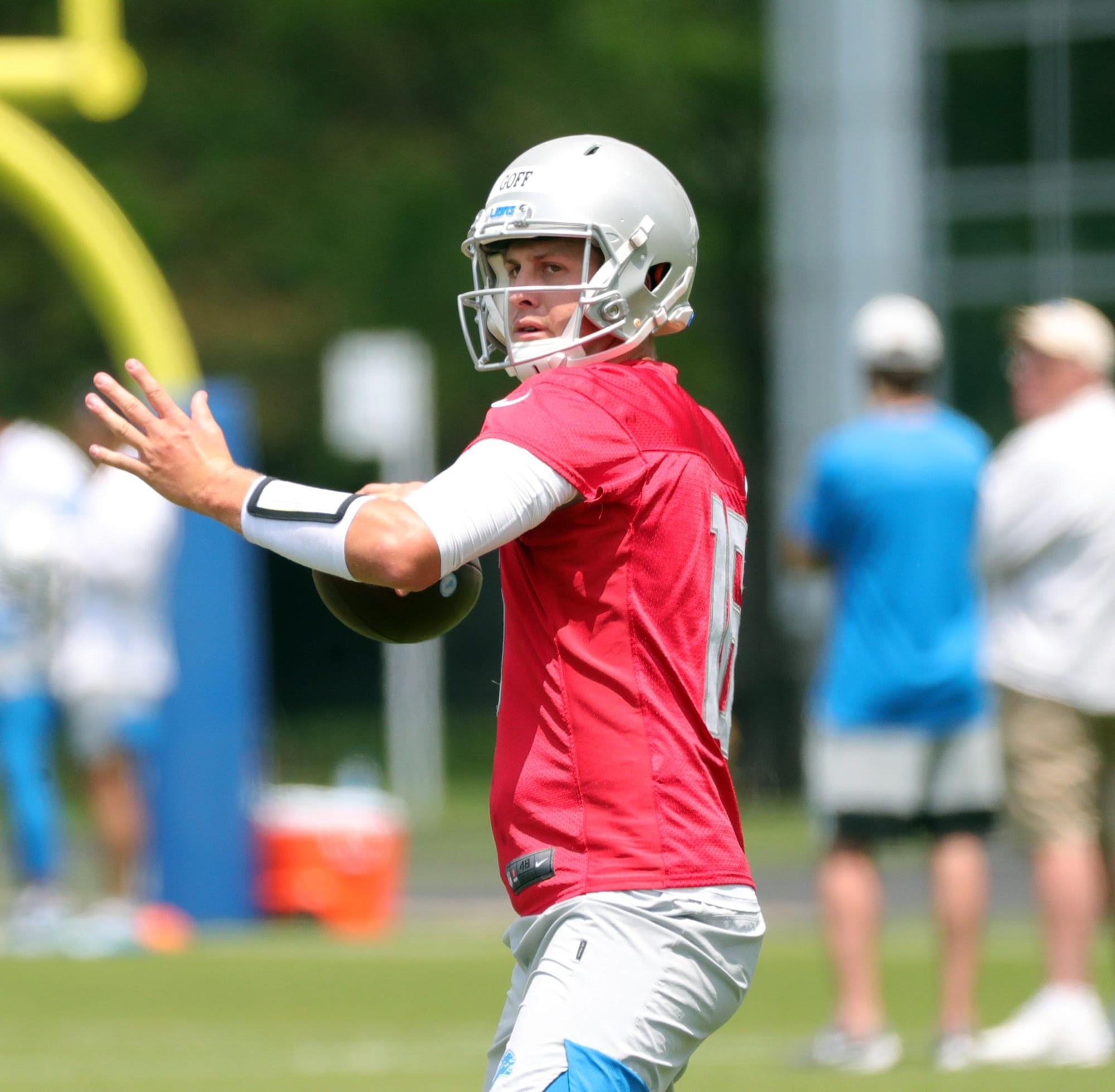 Aaron Rodgers and the Green Bay Packers ended their monthslong feud Tuesday when the “Jeopardy!” host and All-Pro quarterback reported for work. As illogical as it sounds — a three-time MVP making (probably) one last run at a Super Bowl with their division rival — that’s good news for the Detroit Lions.

Rodgers’ presence makes the Packers the prohibitive favorite in the NFC North and eliminates one potential shortcut the Lions could take in what should be a thorough rebuild.

If the Lions somehow manage to compete for a division title and playoff berth this fall, it will be on their own merit, not by backdooring their way into contention because of the drama going on across Lake Michigan.

The Washington Football Team was in a similar position a year ago, with a new coach and new direction when all hell broke loose in the NFC East.

Washington was right to chase a playoff berth when the opportunity presented. That is, after all, why they play the game.

But its smoke-and-mirrors division title — possible because the putrid NFC East and a slew of injuries in Dallas, New York and Philadelphia — made achieving the ultimate goal of being a perennial Super Bowl contender that much more difficult.

The Lions hold their first practice of training camp Wednesday and for the first time in years appear to have a comprehensive long-term plan in place. They’ve assembled an impressive collection of talent on their offensive line, acquired a trove of future draft picks to build with, and have the flexibility cap-wise to properly manage their roster.

That is why both this season and its participants should be judged more on the progress they make than the results they produce.

Everyone in the Lions organization wants to win and realizes the clock on their time in Detroit starts ticking the moment they don’t. But winning without regard to the future is unsustainable and building properly is the only way to enduring success.

While a 10-win season and wild card berth would be nice, those probably aren’t in the cards for the Lions this fall. Instead, the goal must be deciphering who should be a part of their core going forward and moving swiftly to build around those players.

For Jeff Okudah, Tracy Walker and D’Andre Swift, in particular, this will be a telling year.

Okudah, last year’s No. 3 overall pick, should be an anchor in the secondary for the next decade, but has much to prove after a disappointing rookie season. He struggled to cover good receivers last fall, missed seven games because of injury and supposedly was rejuvenated by the offseason regime change.

If Okudah emerges as a reliable cornerback, not even a shutdown one, the Lions suddenly have a bright outlook defensively for 2022 and beyond. If he doesn’t, it’s back to the drawing board next spring.

Walker, similarly, could be a long-term anchor for the Lions secondary — or a piece that needs replacing in 2022. He has played well in flashes his first three NFL seasons, but for a variety of well-explained reasons saw his play regress last fall. At 26 years old, it’s now or never for him in Detroit.

Swift isn’t in the swim-or-cut-bait category yet, but given the short shelf life of running backs and the importance new head coach Dan Campbell has assigned the position, he does have a chance to establish himself as a cornerstone player.

Swift battled migraine issues as a rookie and had a few untimely and unforgettable drops, but outside of T.J. Hockenson, he is the skill player most likely to factor prominently into the Lions’ long-term success.

From a position group standpoint, the Lions are banking considerably on their offensive line in the future. They have three first-round picks locked up for at least the next four seasons in left tackle Taylor Decker, center Frank Ragnow and right tackle Penei Sewell, and it is imperative that group — and Decker and Sewell, in particular — deliver on their massive upside on this fall. (Ragnow, for what it’s worth, seems like a lock to do so.)

First-year Lions general manager Brad Holmes has compared his investment in the offensive line to the one his old team, the Los Angeles Rams, made in their defensive front years ago. The Rams spent three first-round picks in four years on pass-rushers, and that unit helped propel them to a Super Bowl in 2018.

More: NFL record projections 2021: Detroit Lions are gonna be bad, but how bad?

No one is predicting the Lions are on a similar Super Bowl timeline, but the reality is, Ragnow, Decker and Sewell are the biggest reason to believe it can happen.

Jared Goff, the Rams’ quarterback three years ago and Holmes’ first real acquisition as Lions GM, is the final most important piece to the Lions’ evaluation puzzle this fall.

The Lions used a free spin to acquire Goff for Matthew Stafford, and won’t be any worse for the wear if he does not pan out. Goff, though, has a chance to revitalize his career at just 26 years old. If he can conjure up any semblance of success, the Lions might suddenly have the luxury of using their four first-round picks over the next two drafts to build a competitive roster around him.

Make no mistake, Goff’s evaluation is the trickiest part of this whole equation. Goff struggled after his early success in L.A., is saddled with a mediocre supporting cast in Detroit and bad quarterback decisions can kill a franchise.

The Lions have five months to figure out who Goff is, what he can become and how quickly that can happen in Detroit.

That assessment, plus the development of Okudah, Walker, Swift and the offensive line, are more than important than how many games the Lions win or lose this fall.

This article originally appeared on Detroit Free Press: Why progress is bigger than results for 2021 Detroit Lions