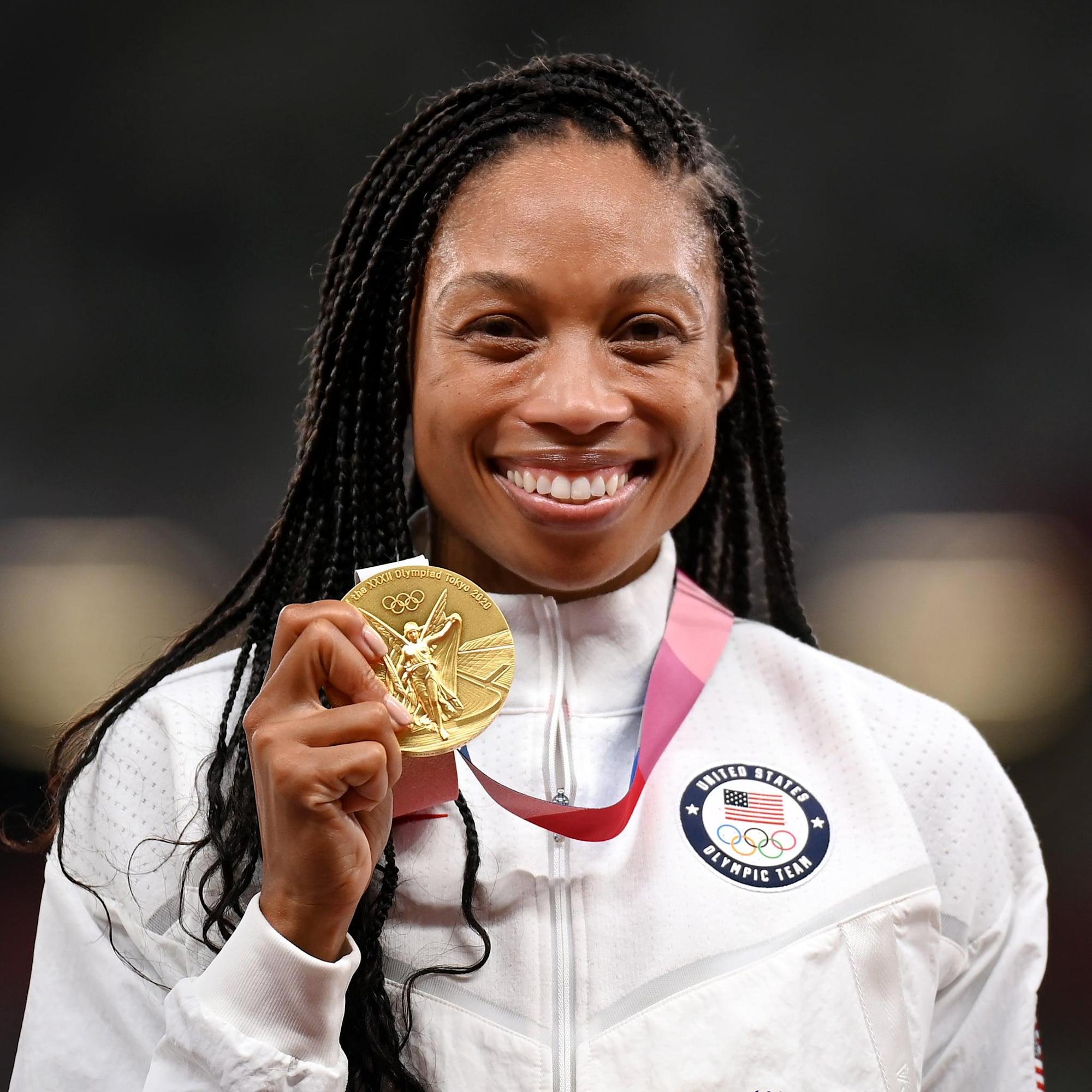 In total, Felix has clinched 11 Olympic medals (seven gold, three silver, one bronze) since making her Olympic debut at the 2004 Summer Olympics in Athens. There, she medaled second in the 200-meter race. The following Olympic Games in 2008, Felix took home her first gold in the 4×400-meter relay and the silver in the 200-meter race. At the London 2012 Games, Felix won three consecutive gold medals in the 200-meter, 4×100-meter, and 4×400-meter. Then at the 2016 Rio Olympics, Felix found herself back on the podium, securing two gold medals in both the 4×100-meter and 4×400-meter relays and a silver in her individual race, the 400-meter dash.

In Tokyo, Felix finished third in the 400-meter dash to earn her first bronze medal, surpassing Jamaica’s Merlene Ottey to become the most decorated Olympian in women’s track and field. She finished her Olympic campaign with a gold medal in the 4×400-meter relay, edging out Lewis for the all-time American track and field record.

While there was always the potential for Felix to smash records and make history in Tokyo, this year’s Games were even more meaningful because this was her first Olympics as a mom. “It was really special,” Felix told NBC in an interview after qualifying for Tokyo. “I shared a moment with my own daughter and obviously she can’t understand everything that’s gone on for the past couple of years, but I just can’t wait to share this story with her – about how she’s been my driving force.”

To describe Felix’s résumé as well-accomplished would be an understatement. Currently, the runner has 30 medals under her belt, 19 of those being world championship medals (14 of those being gold).