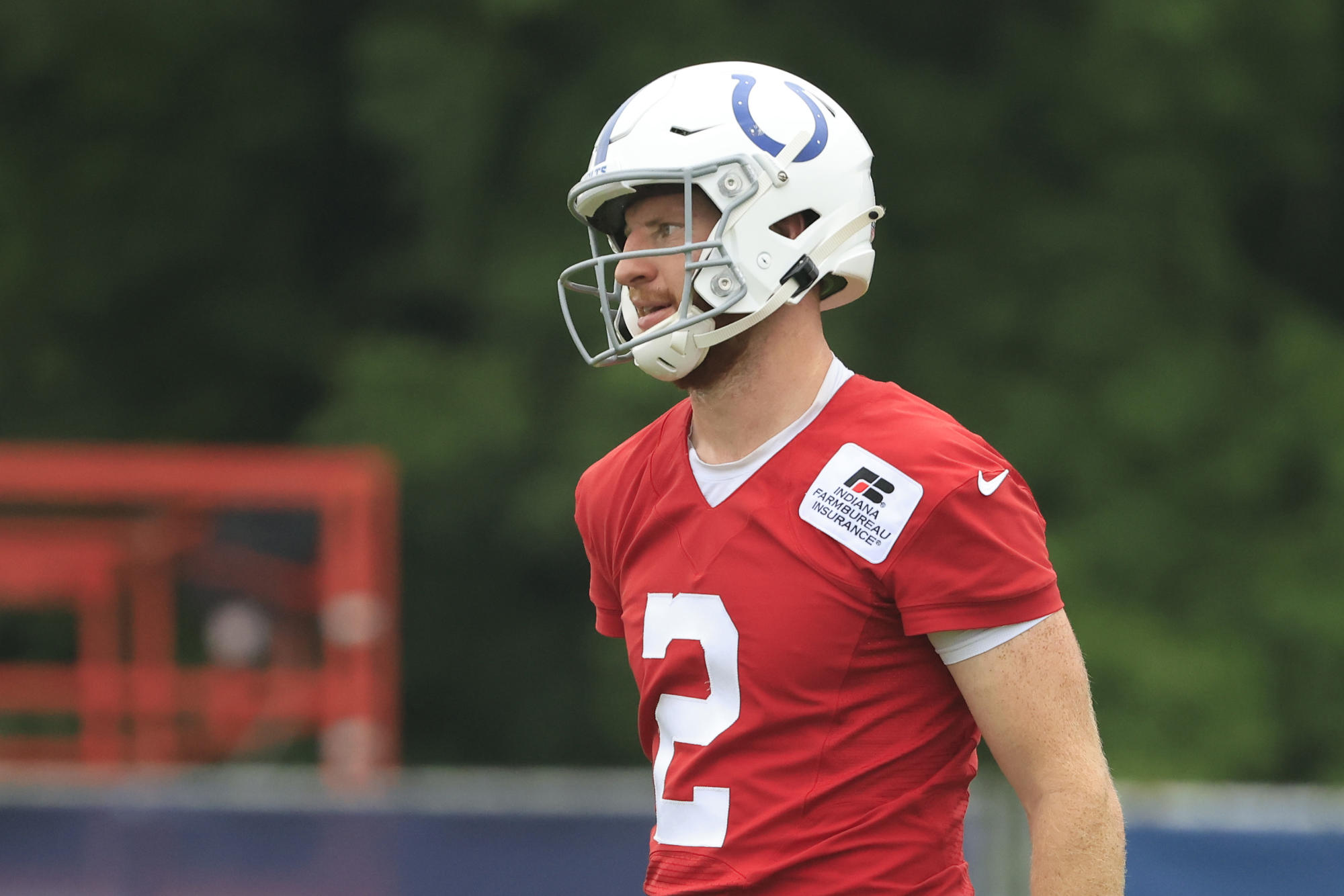 When it looked like Carson Wentz could miss the beginning of the season, and maybe the first month or more, the odds on the Indianapolis Colts dropped.

Well, Wentz is back, with three full weeks of practice to go before the regular seasons starts.

Wentz, who had foot surgery three weeks ago and was given a 5-12 week window to return, looked pretty spry on the practice field in his return Monday. A video of Wentz in practice from Brett Bensley of Fox59/CBS4 in Indianapolis should make any Colts fan feel pretty good.

Wentz said he was optimistic he’d make it for the season opener against the Seattle Seahawks.

“As long as there’s nothing I can do to injure myself, or make it worse, I know I’ve played through a lot worse,” Wentz told media after practice. “But it will come down to what the doctors say.”

Even if Wentz isn’t back for Week 1, the season outlook — and the betting outlook — for the Colts looks a whole lot better.

Can Carson Wentz return by Week 1?

The Colts’ win total was about 10 for most of the preseason. Then Wentz and guard Quenton Nelson (who was also back on the field Monday) had surgery and that total fell.

The Colts’ win total at BetMGM on Monday morning was 8.5, with the over at -150 odds. The odds of them making the playoffs are down to -120.

The Colts won’t rush Wentz. But if he’s back on the practice field 20 days before the opener, it seems reasonable to think he’ll play Week 1. Or Week 2 at the worst. Setbacks happen, but at this moment things are looking up.

There were a lot of reasons to feel good about the Colts before the season. While it’s not ideal for a starting quarterback on a new team to miss most of training camp, most of the reasons for the Colts optimism are still in place, assuming Wentz returns sometime early in the season.

There are lines up for Week 1, and the Colts are 2-point underdogs against the Seattle Seahawks. The Colts were 2.5-point favorites when the lines opened.

It’s not like the Colts are a lock in Week 1. Seattle is good. Wentz could be quite rusty, or not play at all. The same goes for Nelson, Indianapolis’ best player. But if Wentz plays, the 4.5-point shift in the point spread probably isn’t justified.

If you were optimistic about the Colts before Wentz’s injury, and you trust that he’ll be back for Week 1, don’t wait too long before grabbing the Colts at some of their depressed odds.