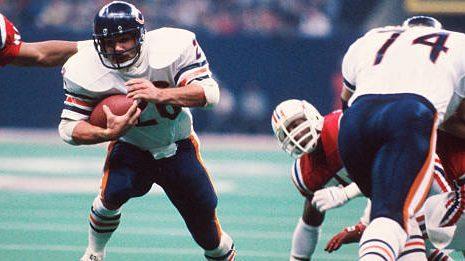 Former Bears offensive lineman Jimbo Covert will be enshrined in the Pro Football Hall of Fame next month, but rather than basking in the adoration himself, he’s turning the spotlight on some of his teammates from the 1985 Bears team that some consider the best in NFL history.

Covert told reporters this week that he wants to see former Bears defensive tackle Steve McMichael enshrined in Canton. McMichael, who was recently diagnosed with ALS, went head-to-head with Covert many times in practice, and Covert said that was tougher than the games.

“In my opinion, there was a four- or five-year period there in the mid-80s when no one played the inside position better,” Covert said of McMichael, via the Chicago Sun-Times.

“From the very first day, he treated everybody like family,” Covert said of Payton. “It didn’t matter if you were a first-round pick or a free agent. He just had this unique ability to talk to you.”

And Covert has chosen another 1985 Bears teammate, running back, Matt Suhey, to introduce him at his enshrinement ceremony.