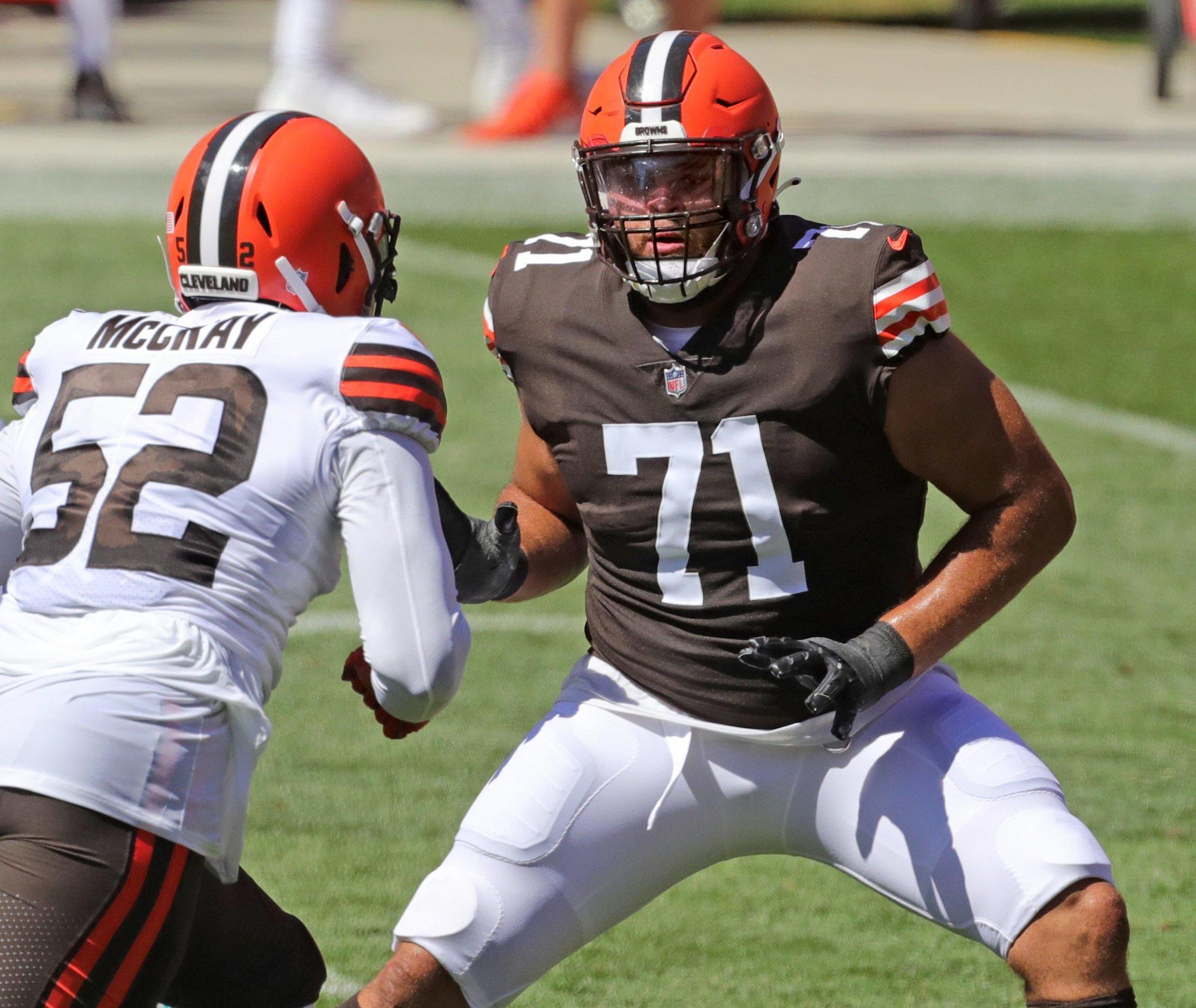 While the debate rages over whether the Detroit Lions landed “a generational player” or simply a solid, if unneeded, offensive line cog in their selection of Oregon tackle Penei Sewell at No. 7 in Thursday’s first round of the NFL draft, we do know this: Their selection is one of the youngest in this year’s draft.

‘FEED THE BEAST’: Why the Lions and Oregon OT Penei Sewell are a perfect fit

Sewell won’t turn 21 until Oct. 9, at least three games into the Lions’ 2021 season. Indeed, his biggest question mark is his youth and inexperience; he starred in the Pac-12 for two seasons, then sat out his junior year in 2020. Along the way, he started seven games as a freshman (with six missed due to injury) and 13 of 14 games as a sophomore.

The Lions have Sewell penciled in at right tackle this season, presumably in their opener on Sept. 12-13 — the full NFL schedule will be released on May 12 — meaning he could be just 20 years, 388 days old in his first start. That would make him the third youngest offensive tackle to play in an NFL game since the AFL/NFL merger in 1970 (according to pro-football-reference.com).

THE REACTIONS: Lions went crazy when they drafted Penei Sewell, the fans and draft experts agree

Sewell sees that youth as a strength: “Man, to be honest, I haven’t even started yet,” he said Thursday night. “That’s how I feel. I feel like there’s a lot to do, there’s a lot to be done and, yeah, sky’s the limit.”

But is it? Let’s take a look at how the 10 youngest offensive tackles (since 1970) fared in their rookie seasons and beyond.

Flowers started 35 games over three seasons at Miami (Fla.), including 23 in his final two seasons at left tackle, before going ninth overall (and the second tackle selected) to the Giants in the 2015 draft. His pro career hasn’t been nearly as successful; the Giants declined his fifth year option in May 2018, then released him midseason. Since then, he has played for Jacksonville, Washington and Miami – with the Dolphins trading him back to Washington as part of a seventh-round pick swap last week. Washington was the lone bright spot on Flowers’ resume, as he earned a three-year, $30 million free-agent deal after moving to guard there.

Willis’ three seasons at Alabama provided a lot of experience, as he appeared in 39 games, with 29 starts, before Cleveland made him the second tackle taken in the 2020 draft, going 10th overall. His rookie season was a huge success, as he started 15 games at left tackle, earned Rookie of the Week honors in Week 10 (the first offensive lineman to do so since 2013) and was named to the Pro Football Writers Association’s All-Rookie Team at year’s end.

The Big Ten Offensive Lineman of the Year in both 1993 and 1994 at Ohio State, Stringer was the second tackle selected in 1995, going No. 24 to the Vikings. His debut was the only game he didn’t start at right tackle as a rookie, and he started 91 of the Vikings’ 96 games during his career. He finally broke through in Year 6 with a Pro Bowl nod before he died in training camp in August 2001 from heat stroke complications.

Russell, who began his college career at South Carolina on the defensive line before moving to offense for two seasons, spent just one year in the NFL after going in the third round (No. 60 overall) in 1984; the Eagles cut him in the 1985 preseason, citing weight issues: “He was a disappointment,” head coach Marion Campbell told the Philadelphia Inquirer. “We did not get out of him what I thought we would.”

Considered the second-best tackle in the draft, behind UCLA’s Jonathan Ogden, Anderson was, indeed, the second tackle taken, 10th overall out of Auburn. He didn’t make his first start as a rookie until Week 7; from there, he started 168 of the Bengals’ 170 games at right tackle, with four Pro Bowl berths and three All-Pro nods, from 1996-2006. He made the list of 25 semifinalists for the Pro Football Hall of Fame back in November.

At Utah, Poutasi appeared in 36 of 37 games, including 35 starts, and earned second-team All-Pac-12 as a junior; he fell to the third round (No. 66 overall) in 2015. He lasted just one season with the Titans, starting seven of his 11 games at right tackle, before getting released just before the 2016 season. He landed with the Jaguars’ practice squad and spent most of November 2016 on the active roster, but didn’t make much of an impact otherwise.

Jackson started 25 of Southern Cal’s 39 games over his three seasons in college and went No. 18 overall in 2020, though he was the fifth tackle taken in the first round. He won the starting left tackle job in camp and appeared in 13 games (12 starts) with the Dolphins, missing three with a foot injury in October. He lacked polish early on, but allowed just one sack from Week 12 on.

After appearing in 37 games at Georgia Tech over three seasons, Dorsey fell to the fourth round (No. 115 overall) in the 2004 draft, as the seventh tackle selected. His lone season in Minnesota was hardly a success, however; he appeared in 13 games, starting seven, and was flagged six times for false starts. In the offseason, the Vikings dealt him to the Browns; in Cleveland, he appeared in 27 games — only two of them starts —before being finished after the 2007 season.

Davis started 32 games over three seasons at Rutgers en route to a second-team All America nod as a junior. He went No. 11 overall in the 2010 draft, but was the third offensive tackle selected (behind Washington’s Trent Williams and Seattle’s Russell Okung). He started all 16 games in each of his first four seasons in San Francisco, as the Niners made the Super Bowl in his third season. But multiple injuries, including a concussion, cost him nine games in 2014 his fifth season. He sat out all of 2015 to heal, then retired one game into the 2016 season after another concussion. After two years off, he attempted a comeback in 2019, but didn’t make the Niners’ roster.

Smith played in 34 games at Southern Cal before going ninth overall to Dallas in 2011, the first offensive lineman of six to go in the first round. He started all 16 games at right tackle as a rookie, then switched to the left side in his second year, and made the Pro Bowl in Year 3. Despite nagging injuries over the years, 2020 was Smith’s first year with fewer than 13 starts. (Neck surgery sidelined him two games in.) With seven Pro Bowl berths in all, two All-Pro nods and a spot on the Hall of Fame’s All-2010s Team, it’s safe to say Smith worked out for the Cowboys