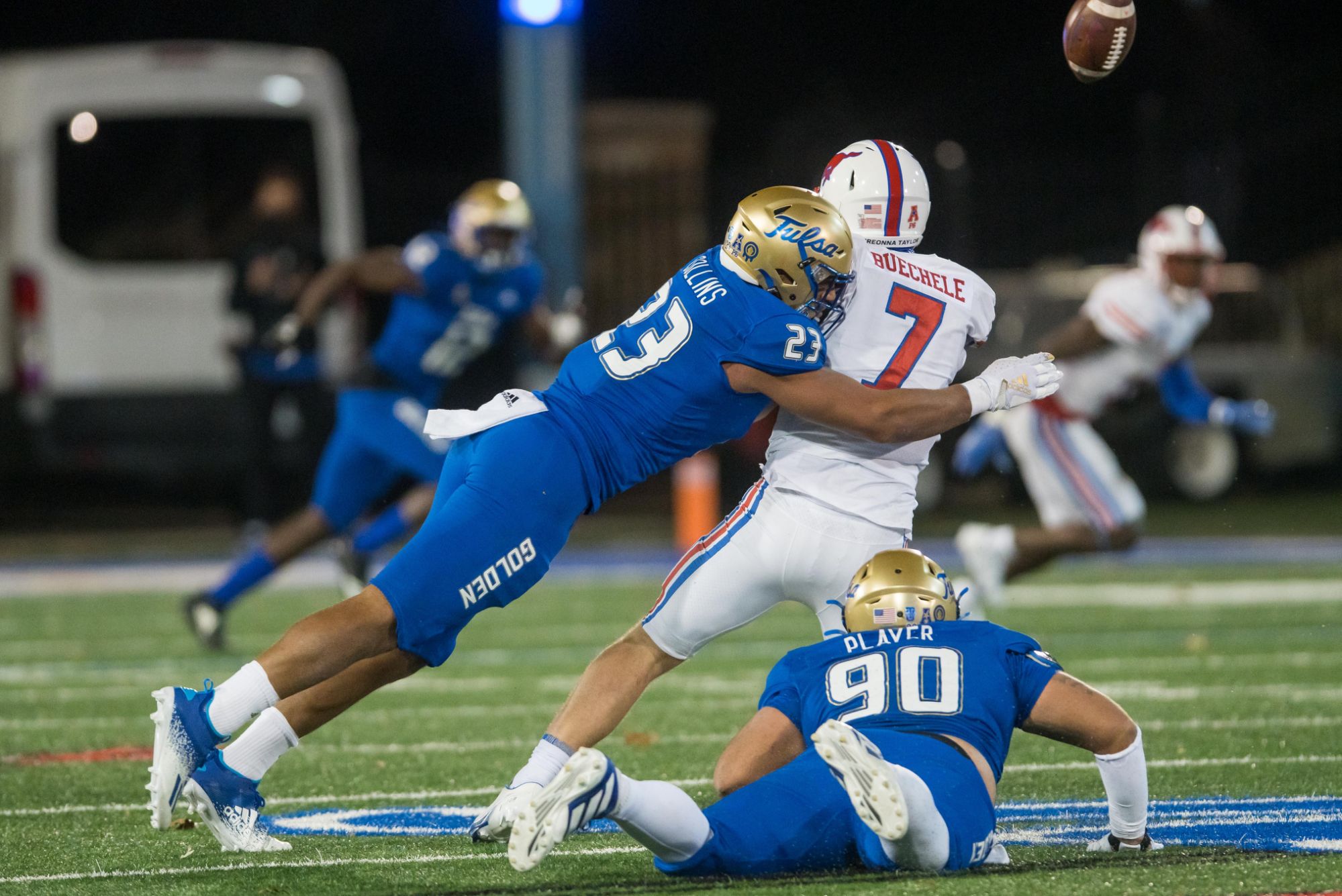 The Arizona Cardinals, with the 16th pick in the draft this month, can go a number of directions. Most believe they will go with a cornerback, an offensive lineman or maybe even a running back or receiver.

However, one player at a position the Cardinals have addressed in many first rounds could be a possibility.

Tulsa linebacker Zaven Collins might have pushed himself into being in the conversation.

After a good showing at his pro day, Draft Wire managing editor Luke Easterling believes he could go in the top 20.

Collins showed off an impressive combination of size and athleticism, looking like the kind of versatile defender that every NFL coach should want to add to their roster. A top-20 draft slot shouldn’t be out of the question.

Here were his pro day numbers.

The Cardinals already have Jordan Hicks and Isaiah Simmons set to man their two inside linebacker positions, but Hicks’ recent contract restructure suggests he might not be on the roster in a year. Imagine the size and athleticism of Collins and Simmons.

As a rookie, Collins could be brought along slowly and could even be used off the edge. He has the size to do it.

In only eight games for Tulsa in 2020, Collins had 54 tackles, four sacks, 7.5 tackles for loss, two forced fumbles, four interceptions and two touchdowns.

Inside linebacker is not a premium position but Arizona often uses the first round to address it. It isn’t a critical need right now but it will be in a season.

Could you imagine a defense with Collins and Simmons in the middle of the field? They both move well and cover well. They are big. It would be a sight to see.

It might not be the best use of their first-round pick, but when most call for a team to take the best player on the board, Collins might just be that player at No. 16 overall.