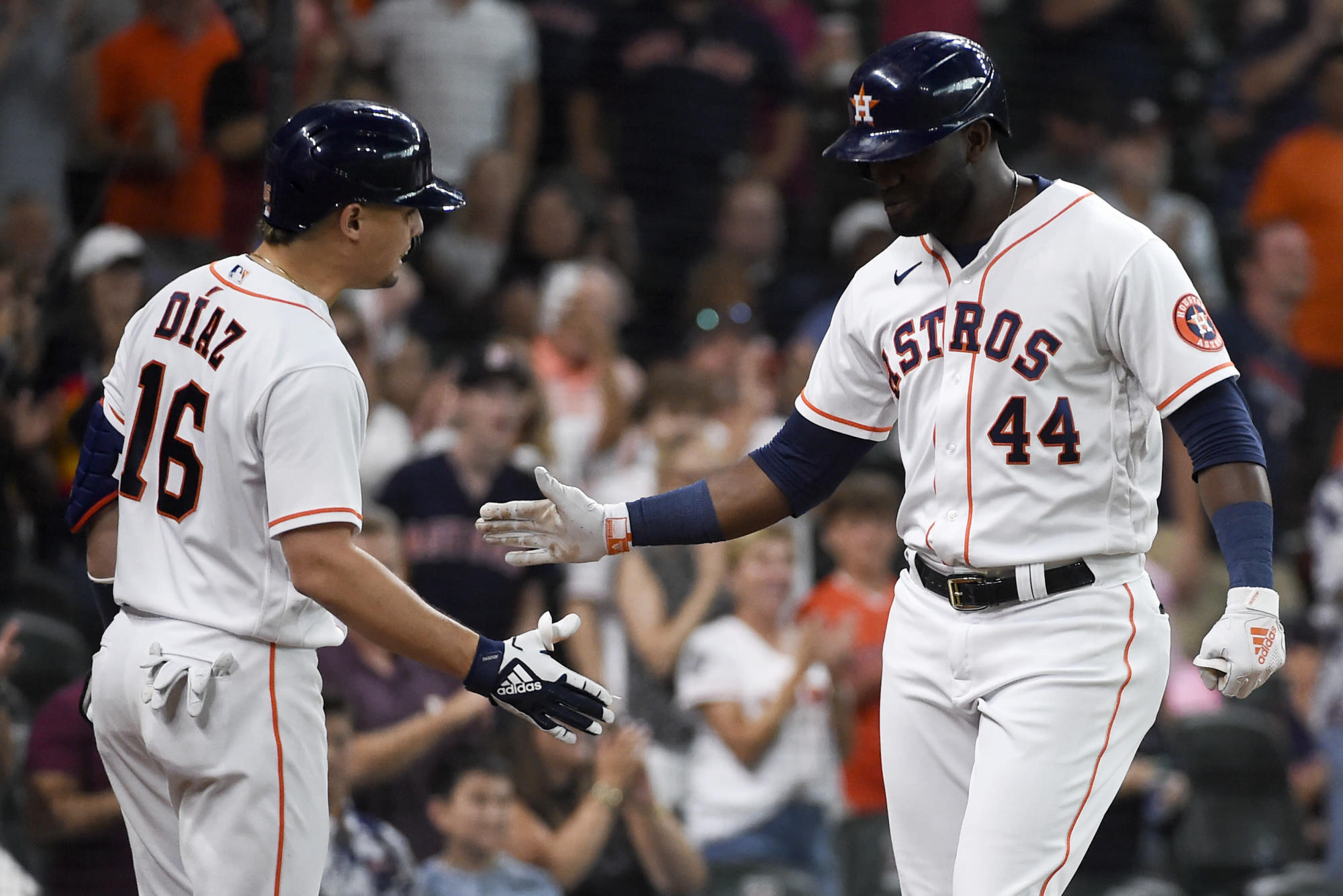 HOUSTON (AP) — Yordan Alvarez hit the 50th home run of his career, rookie Luis Garcia pitched six scoreless innings, and three relievers completed the four-hitter to help the Houston Astros to a 4-0 win over the Minnesota Twins on Saturday night.

The victory snaps a three-game skid for the Astros, who entered the game having dropped five of six.

Alvarez, who was playing in his 184th career game, reached 50 home runs faster than any player in franchise history, passing Lance Berkman, who did it in his 231st game in 2001.

The Astros were up by a run when Alvarez connected on his homer off Michael Pineda (4-7) with no outs in the fourth to make it 2-0. Alvarez ranks second on the team with 22 home runs this season.

His shot pushed the team’s streak of consecutive games with a homer to 17, which is the longest in the majors since 2019. The Astros have hit 31 home runs in that span, dating to July 19.

Garcia (8-6) permitted two hits and struck out eight to get back on track after allowing eight hits and five runs in 4 2/3 innings in his last start. Ryne Stanek gave up one hit in the seventh, and newly acquired Kendall Graveman did the same in the eighth. Ryan Pressly pitched a perfect ninth to complete the shutout.

Kyle Tucker and Aledmys Díaz hit consecutive singles to start the second and get things going for the Astros before Tucker advanced to third on a passed ball by catcher Ryan Jeffers. Chas McCormick singled on a grounder to shortstop to send Tucker home and put the Astros up 1-0.

The Astros added a pair of insurance runs with two outs in the eighth when Díaz doubled to left field to extend the lead to 4-0.

Twins: OF Byron Buxton (fractured left hand) is expected to begin participating in pregame workouts with the team on Monday, when the Twins return home. Buxton, who has been out since June 21, spent this week going through batting practice in the cage in Minnesota. Manager Rocco Baldelli said they should know more about when he might return sometime next week.

Astros: 3B Alex Bregman (strained left quadriceps) went 1 for 3 with two walks on Friday night in his sixth rehabilitation game with Triple-A Sugar Land. Manager Dusty Baker said there isn’t a timetable for the return of Bregman, who has been out since June 16. … RHP Pedro Báez, who has been out all season with injuries and an illness, pitched Thursday and Friday night for Sugar Land and has a 2.00 ERA in eight rehabilitation appearances.