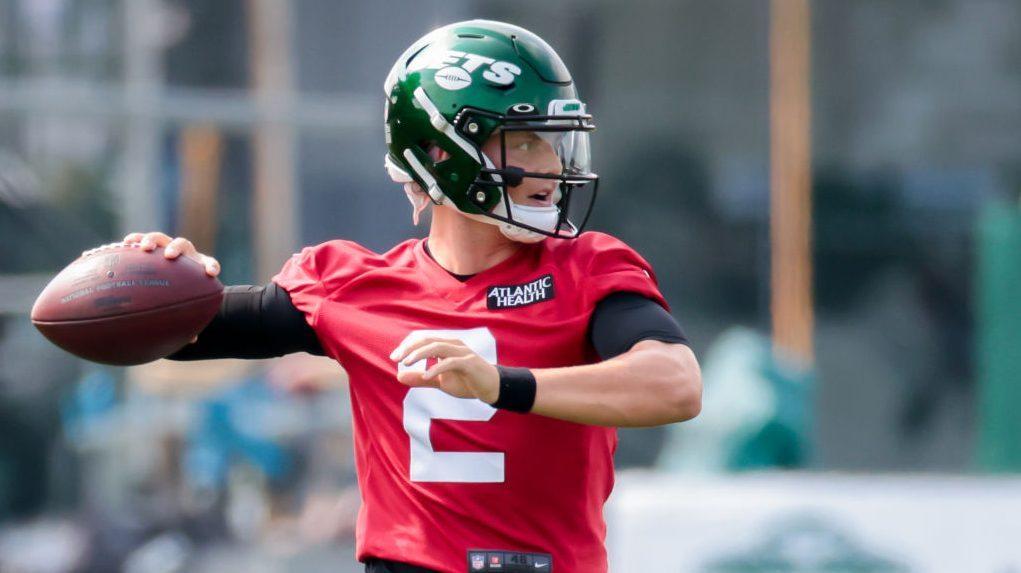 New York Jets rookie quarterback Zach Wilson is getting the chance to see an idol of his practice up close this week during joint practices with the Green Bay Packers.

Via Dennis Waszak Jr. of the Associated Press, Wilson is relishing the chance to see Aaron Rodgers practice in person and share the same field with him as he begins his career with the Jets.

“We’re all technically at the same level now, we’re all in the NFL,” Wilson said, “but we’re all kind of like, ‘That’s Aaron Rodgers. That’s kind of crazy.’ It’s still a great tool for us just to be able to learn from him and kind of see what he’s doing.”

The Jets and Packers are meeting up for joint practices this week ahead of their preseason game in Green Bay on Saturday.

Wilson admitted he is a bit of a “fanboy” when it comes to Rodgers and that he was the quarterback he was always drawn to watching play.

“He was always the game I always wanted to watch on Sundays,” Wilson said. “I always made sure I was watching his full games, what he was doing.”

Wilson has had the chance to talk with Rodgers previously but the practices in Green Bay have provided the first chance for him to see him work up close and to ask him about the whats and whys of what he does at the position.

“He’s got a lot of knowledge,” Wilson said. “He’s a smart dude, he knows what’s going on out there. It’s cool to ask him about footwork, what’s going on on the field, what he’s seeing. If I could spend more time with him and just keep asking questions, I would.

“The biggest thing I picked up … just how calm and collected he is. He’s kind of just out there, almost like he’s just messing around, playing backyard football. He’s having a good time and he makes it work.”